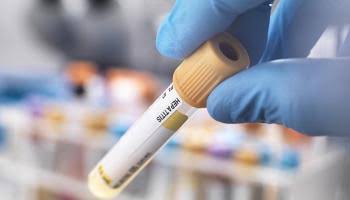 A call has been made for the need to raise awareness through educating the public on the fatal and infectious complication called Sepsis.

Addressing newsmen at the opening ceremony of the the World Sepsis Day in Kano on Monday, the head of the Sepsis research group of the Aminu Kano Teaching Hospital, Matron Halima S. Kabara PhD called attention of the government and policy makers in the country towards the dangers being posed by Sepsis in the country.

She explained that Sepsis being a complex condition that cannot be easily diagnosed has 85% occurrence in low income countries, including Nigeria, with 80% of it occurring in the communities which is higher than the figures of lives lost to cancer and other coronary diseases.

“The Global Burden of Disease Sepsis Report published in January 2020 estimated that 49 million patients suffer Sepsis every year, with 11 million of those dying.

“This burden is significantly higher than the number of lives lost to cancer or coronary diseases” she stated.

Further more, she explained that research has revealed that COVID 19 causes death and disability due to sepsis.

“Sepsis affects 52% of hospitalised COVID 19 patients and 78% of those in ICU. After hospital-treated sepsis up to 75% of survivors suffer from new disease and 32% are newly dependent on nursing care.

“Every second COVID 19 patient reports at least one new symptom after four months” she added.

She therefore called on the government, policy makers as well as the general public to take up action against Sepsis.

Matron Halima Kabara PhD, who is also the Practice Development Consultant, Kano, spoke at the World Sespsis Day commemoration with the theme, One Day – One Vosion – All Year Effort.

IDPD: Life Should Be Made Easier for PWDs At Local Government...