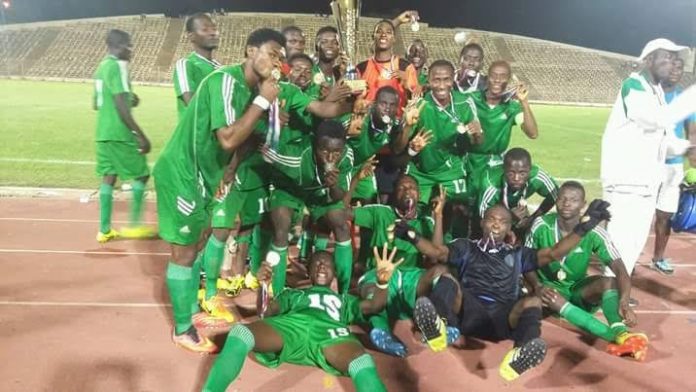 Minister of Youth and Sports, Mr. Sunday Dare has released the sum of N17 million for Deaf Super Eagles participation in the first ever Africa Deaf Football Championship scheduled to hold in Nairobi, Kenya from September 11 to 25, 2021. The fund covers flight tickets and general preparation, including bonuses for the Nigerian contingent.

Chairman, Nigeria Deaf Sports Federation, (NDSF) Hon. Kabiru Umaru who spoke exclusively with Inclusive News Network, thanked the Sports Minister, the Director of Federation of Elite Athletes Department and other officials for their assistance in ensuring release of the funds prior to the tournament. He however was dismayed at the amount received.

According to Umaru, the ministry had approved N21.4million only to release N17million. Consequently, the team were forced to reduce the number of players and officials from 30 to 21 (18 players and 4 officials). The deficit in budget also affected players bonus.

Umaru therefore appealed for release of the balance to enable smooth participation in the tournament.

When asked about condition of the players, Umaru said the players are in good shape and prepared to go all the way to the finals.

He urged Nigerians to pray for the team to do well at the tournament while promising to do the country proud.

Among the selected players and officials are;

The officials and 18 players constitute the Nigerian contingent are expected to depart for Kenya via Ethiopia Airways by 12pm today. A win for Nigeria in the team’s first outing will boost chances of progressing to the next round.

The Africa Deaf Football Championship will also serve as qualifiers for the upcoming Deaflympics. Four top teams (1st – 4th positions) will represent the continent in Deaflympics games (deaf equivalent of the Olympics) in Brazil by December 2021.

Nigeria has qualified for the Deaflympics since 2005. A four time winner of ECOWAS Deaf football championship, the country has reached the finals on nine occasions.