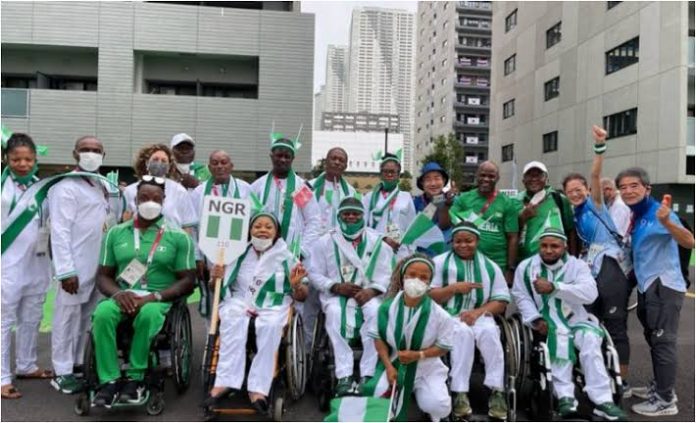 Team Nigeria were placed 33rd on the medals table as the 2020 Paralympic Games ended on Sunday in Tokyo, after winning four gold, one silver and five bronze medals.

The team had rounded off their participation on Saturday with one gold and one bronze medals, for a total haul of 10 medals which was however Nigeria’s poorest in recent times.

Nigeria nonetheless were in fourth place in the midst of other African teams, behind Tunisia, Algeria and Morocco in 28th, 29th and 30th positions respectively.

Only 10 African contingents won medals, with 76 others from the other parts of the world also appearing on the medals table.

The News Agency of Nigeria reports that Team Nigeria were represented by only 22 athletes at the Games.

But with 14 athletes in 2004 at the Athens Games, Nigeria won 12 medals (five gold, four silver and three bronze) and were placed 23rd.

Also, at the Rio Games in 2016, Team Nigeria placed 30th with 23 athletes winning 12 medals made up of eight gold, two silver and two bronze.

NAN reports that the next Paralympics will hold in Paris in 2024.