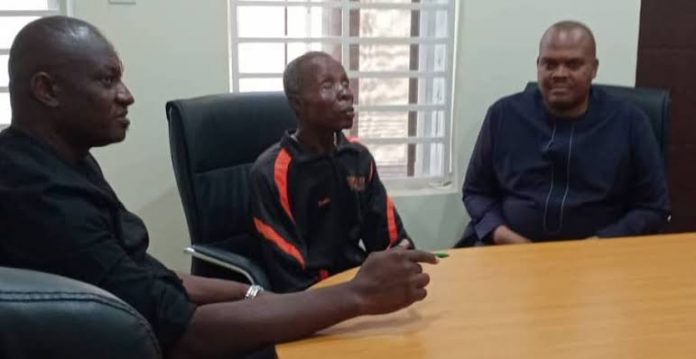 Visually-impaired Commonwealth Boxing Gold Medalist from Enugu State, Steve Ogboh, has appealed to the state government and others to assist him with a smart walking stick and resolve the issues surrounding his identity.

He made the appeal, yesterday, when he met with Enugu government officials in the state. Ogboh hails from Nomeh in Nkanu East Local Council of Enugu.

The meeting, according to a statement by the Commissioner for Information, Nnanyelugo Aroh, was sequel to “the directive of Governor Ifeanyi Ugwuanyi.

The Commissioner for Information, Abel Nwobodo, and the Chairman of Nkanu East Local Council, led the discussions with the visually impaired boxer, who is also a National Sports Festival Gold Medalist, with a view to finding the best way to assist him overcome his challenges.

Commissioner Donates 250k To Association Of The Blind In Adamawa, Gets Award