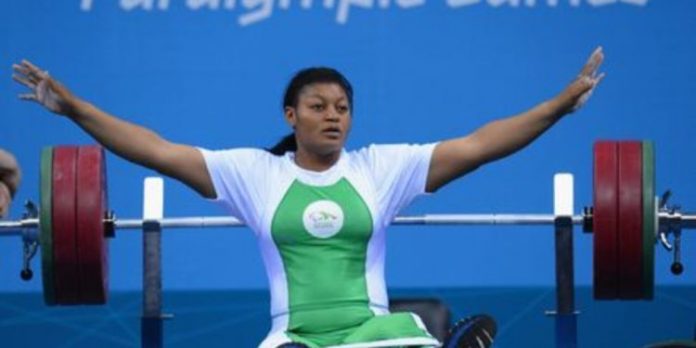 Nigeria increased her medal haul at the on-going Paralympic Games in Tokyo, Japan with a Gold and a Silver in Powerlifting yesterday.

Folashade Oluwafemiayo won Team Nigeria’s third gold medal of the Games, winning the Women’s 86kg gold medal and beat her own world record twice on the final day of Para powerlifting at Tokyo 2020 in the Tokyo International Forum.

Oluwafemiayo registered a competition-winning third lift of 151kg, before using a fourth and final power lift to set a new world mark of 152kg.

“I feel very, very great,” Oluwafemiayo said after her record win. “I thank god, because it was God all this way. Not by my own power, but by the power of God. He was giving me grace, and I gave him the admiration for standing right behind me. I’ve been asking for this from God, and he gave it to me.”

The 35 year-old Plateau-born lifter also thanked Nigerians for their support and urged the Federal Government to look into the welfare for special needs athletes.

China’s Deng Xuemei lifted 153kg for the gold while Poland’s Marzena Zieba won bronze with a 140 kg-lift in her second attempt.

Nigeria now has three gold, one silver and two bronze medals after Day Eight of competition.

Deaf man in diaspora donates N1.2million worth of food items to...