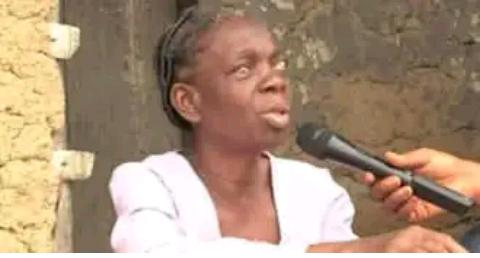 Portia Ama, a Ghanaian woman who lives in a small village in the Central Region, has alleged that she was bewitched by her sisters to become blind.

In an interview with SV TV Africa , Portia who appears to be middle-aged indicated that when she was a young girl, a rich man met her and promised to marry her when she gets older.

However, according to the visually impaired woman, this made her sisters envious and they decided to make her blind in order to ruin her chances.

She said “I was staying with my elder sister and about 13 at the time. When the man promised to marry me, my sister started chanting my name anywhere she went. She was an idol worshipper. The next thing I knew, I became visually impaired. We went to pastors but no-one could heal me.”

Sadly, the woman has indicated that she now lives alone and struggles to survive whilst her sisters are married and live with their husbands.

Visually-impaired boxer appeals to Enugu government, others for support

How glaucoma silently robs young Nigerians of their eyes