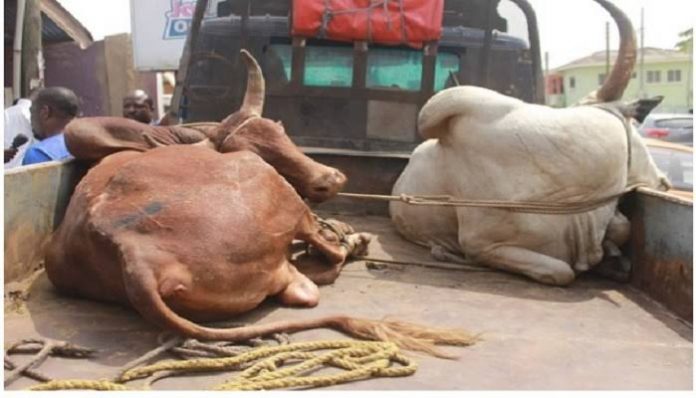 A total of 10,000 needy Muslims in 21 states including the Federal Capital Territory (FCT) Abuja benefitted from the distribution of rams, cows and goats meat during the recently concluded Eid-ul-kabir celebrations.

942 rams, 50 cows and 25 goats were slaughtered and distributed to the less privileged who could not afford to mark the yearly festivity with a portion of meat.

The beneficiaries include; indigent persons, widows, persons with disabilities, families headed by women, among others.

The distribution of sacrificial animals tagged Eid-al-Adha Qurbani Project, which was organized for the first time in the country, was organized by a United Kingdom-based charity organization, Human Appeal in partnership with Nigeria’s Zakat and Sadaqat Foundation (ZSF).

Of all the States who received the donations, Lagos state residents had the largest share in the Southwest region (Ogun, Oyo, Osun, Ondo and Ekiti).

According to the Project Officer, Qurbani Nigeria, Mallam Musbaudeen Ismail, the project was a success due to the collaborative efforts of administrative officers and volunteers.

“It was mandated that for each area, there must be a coordinating team between seven and 10 for efficiency, effectiveness and easy coordination,” he stated.

Explaining the criteria for selection of beneficiaries, Ismail noted, “They must be persons who are indigent, elderly, disabled, as well as people who may just come around to ask for it where the distribution is ongoing. Islam recognizes that also. In most cases, however, we have selection of beneficiaries ahead of time. Five days to the Eid, beneficiaries were selected; and two days to Eid, each beneficiary were given a ticket used to collect the meat on the day fixed because three days are used for the distribution. It began on the day of Eid through to the second and third day. After the selection, they were notified of the venue and time of distribution.”

The Director of ZSF, Prince Sulaiman Olagunju, hinted his organization has been slaughtering and distributing to Muslims during Sallah for more than 10 years.

Olagunju, however, added, “That format is what we sent to our agents. But you know, some rams are bigger than others. I’ve gotten information from certain places that some rams were shared among seven, eight persons more than our own projection; and some cows not reaching 48 persons, but around 38, 40 persons.”