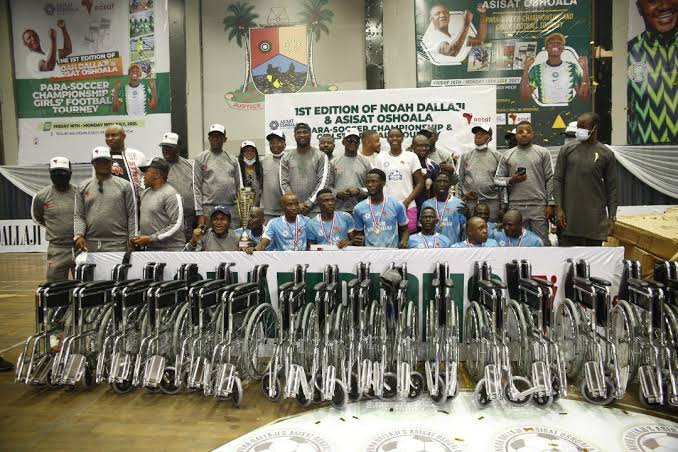 Captain of the Super Falcons of Nigeria, Asisat Oshoala, who is the current reigning African women’s player of the year, has donated over 100 wheelchairs for para-soccer players after her summer tournament.

The 26-year-old striker, who is the only African to win the UEFA Women’s Champions League with Barcelona, organised a tournament for Para-Soccer athletes and girls, while also donating wheelchairs for the para-athletes.

The former FC Robo Queens star is the CEO of the Asisat Oshoala Foundation, which is set out to give hope to the African girl-child through education and sports, had taken her philanthropic act beyond girls and decided to award amputees as well. 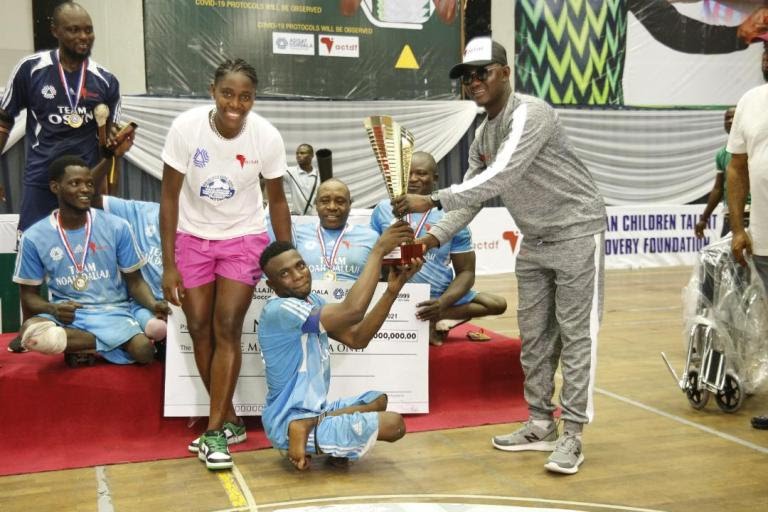 For the Para-Soccer Championship, Team Noah Dallaji defeat Team Asisat 1-0, to win the tournament and got a prize of one million Naira, while the winning team and other participants also got a donation of 100 wheelchairs.

For the other competition, Oracle Queens were two-nil victors over FC Phoenix Queens, and the champions also got a cash prize of one million Naira.

The Asisat Oshoala Para-Soccer Championship and Girls’ Football Tourney was the first edition, and the Super Falcons captain hopes to continue this event for a very long time.

The sad story of Mary Daniel