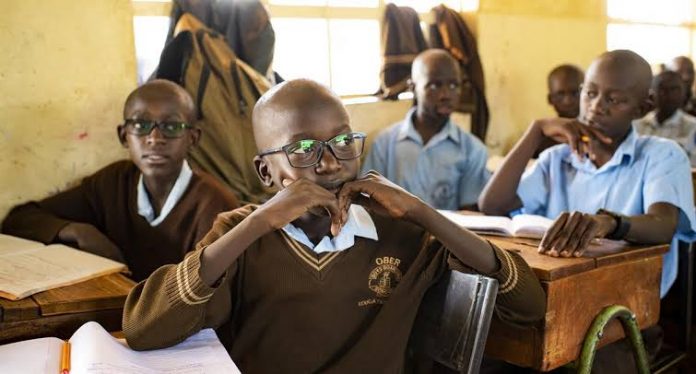 Alawiye-King gave the charge, yesterday, at the graduation ceremony of Pacelli School For the Blind and Partially Sighted Children in Lagos.

“We care about the disabled, visually impaired and even the special needs children. And we want them to feel like normal students because we believe that they can contribute meaningfully to society.

“We believe that they are special children and they can achieve their dreams and we know that with the proper encouragement, they will succeed. They should be confident in themselves and should not lament their disabilities, but should discover their talents and improve on them,” Alawiye-King said.

He said one of the visually challenged children, who played chess with Lagos State Governor, Babajide Sawo-Olu, was registered in the school, adding: “Even as a special needs child, he is classified as a chess champion. These are some of the talents we believe they have.”

He explained that the school graduated 16 visually impaired children and three Rehab pupils, making 19 that graduated from Basic Six.

“During the ceremony, they showcased their talents in creative artworks like making of pillows, clothes, liquid soaps and others,” he said.

Speaking, the Principal of the school, Reverend Sister Jane Onyeneri, said: “As we look back over the last few years, certainly there was a beginning and we made progress and we have been successful.”