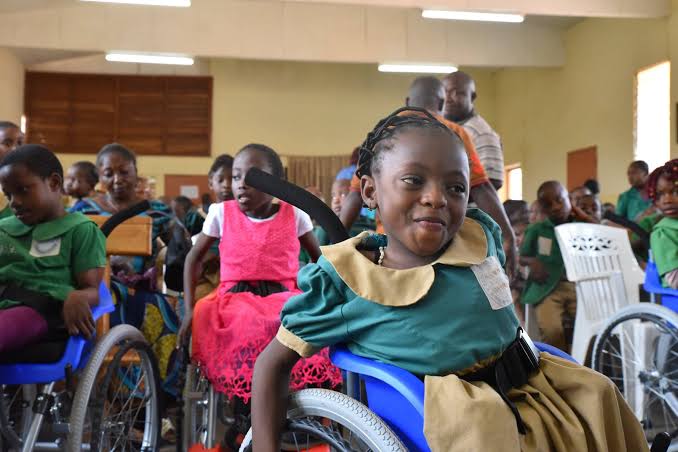 The Disability Rights Advocacy Center (DRAC) distributed 167 devices to help women and girls with disabilities in Nassarawa and the Federal Capital Territory (FCT).

DRAC Executive Director Dr Irene Patrick-Ogbogu at the inauguration of the distribution of items to beneficiaries in Abuja said the center was happy to be able to touch lives.

Patrick-Ogbogu said the DRAC is committed to the issues of people with disabilities, especially women and girls.

She said people always ask her why women and girls?

She said the answer was that women and girls were three times more vulnerable than other groups of people, whether they were women without disabilities or men with disabilities.

“I as a woman with a disability know how important my wheelchair is to me, the truth is people see me; they admire me and say oh thank you for everything you do.

“However, if I don’t have an assistive device, I won’t be able to do a tenth of all the things that I can do.

“So for me this is an important day because without devices a lot of people are not able to reach their full potential.

“So we are very grateful to UKAid, the UK government, for helping us to implement this very important project. “

Patrick-Ogbogu said the project has enabled DRAC to be able to support people with disabilities in various fields.

She added that the organization had empowered them economically through small and medium-sized enterprises (SMEs), vocational training, through a number of means and the most recent through devices. ”

She said there were girls with disabilities who couldn’t go to school because they didn’t have aids.

She noted that there were also girls with disabilities who were in school but were not able to participate and function as fully as they should because they did not have devices to help them. .

She said the same situation was in the communities because there were women with disabilities who needed aids to be able to function on a daily basis.

Lois Auta Calls For 15% Seat Reservation For PWDs At Federal,...