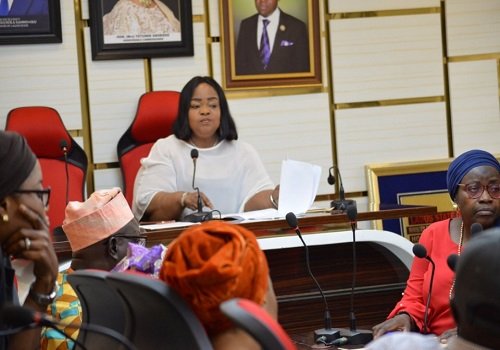 It represents the number of jobseekers registered at jobs centres located at the five divisions of the state.

The job centres are for the citizens of Lagos to register their employment status and for entrepreneurs that desire top skills in their various trades.

Although, the rate of unemployment had steadily increased nationwide since the COVID-19 pandemic last year, the Commissioner, Ministry of Wealth Creation and Employment, Hon Mrs Yetunde Arobieke, said the state government’s efforts towards quality jobs have improved.

Speaking at the flag-off of Information Technology (IT) empowerment and employability programme, in Lagos, yesterday, Mrs Yetunde Arobieke noted that efforts have been made in a number of areas, including helping young people enter the labour market, combating long-term unemployment and upgrading skills.

According to her, the government has established a set of common objectives and targets for employment policy to fight unemployment and create more and better jobs.

One of these was to activate platforms to provide information to employers and jobseekers and also features a database of job vacancies.

To better integrate the long-term unemployed, she added that the state encouraged the registration of the unemployed and in-depth assessment to identify their needs.

Mrs Arobieke said that the government was working on increasing the capacity of the divisional job registration centres to unemployed people who desired to be gainfully employed or wished to become entrepreneurs.

She expressed delight to flag off the training of youths drawn from across 57 local government areas and local council development areas.

The training, she noted, would expose youths to jobs and employment opportunities, whilst also learning and acquiring practical skills for the workplace.

She commended Roseate Forte Limited, training partner of Jordan 105.5 FM Radio Station for collaborating with the ministry to train youths.

According to her, such collaborations would further complement the efforts of Governor Babajide Sanwo-Olu’s administration in tacking headlong the challenges of unemployment in the state.

The Permanent Secretary, Ministry of Wealth Creation and Employment, Mrs Kafayat Ajenifuja reassured the efforts would be deployed to reduce unemployment rate in Lagos.

She said the government is paying attention to connecting youths register on the jobs portal to employment.

Last year, the National Bureau of Statistics, reported that one in every two Nigerians in the country’s labor force is either unemployed or underemployed which shows the most recent data as of Q2 2020. The grim stat was one of the key highlights of its unemployment report for the second quarter of 2020.