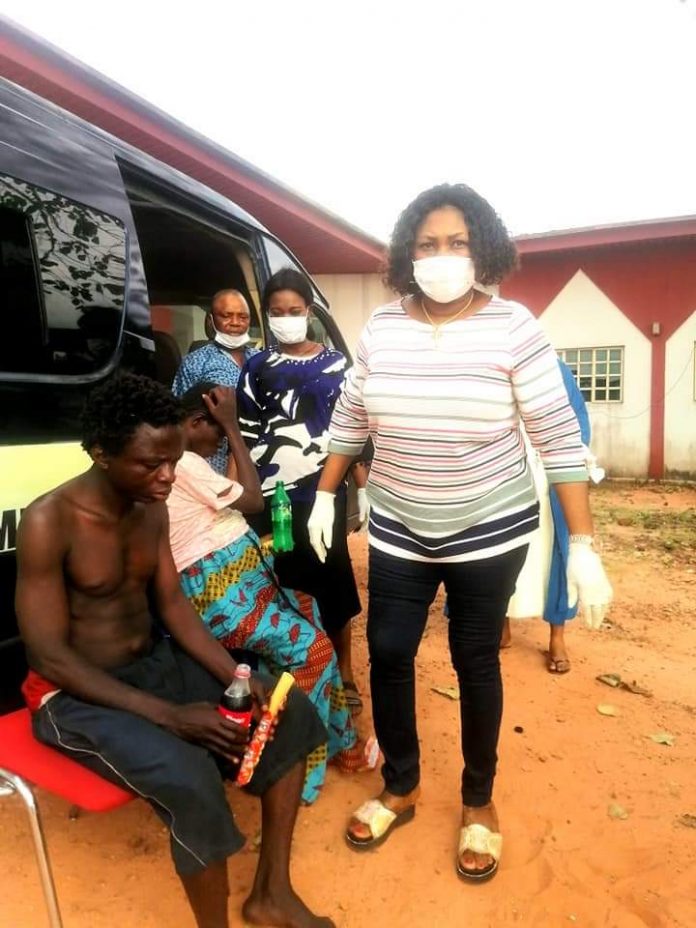 However, due to non-availability of space at the hospital and the need to find a permanent structure for the envisaged large number of Mentally Challenged Persons to be picked in subsequent raids, the ministry decided to transfer persons to Nteje rehabilitation centre as a pilot home for the Mentally Challenged Persons. Doctors from the Psychiatric Hospital, Nawfia were then relied upon to attend to the health needs of the inmates.

Since the formal opening of the centre on January 31, 2015, the number of inmates has increased geometrically with Government expanding the facility to accommodate more inmates. The centre receives its funding from the Government of Anambra State and support from the wife of the Governor who has also supported the home through her pet project, the Caring Family Enhancement Initiative (CAFÉ). CAFÉ has supported in the feeding and clothing of the inmates. Other good spirited Ndi Anambra have also provided immeasurable support.

The objectives of the center include: to respond to the fundamental obligations of government to provide the Security and welfare of the people; to extend the dividends of democracy to the Mentally Challenged Persons by removing them from the streets and providing general palliative care and psychiatric care to them and empower them with skills after their recovery and to serve as a platform to assess, evaluate and address the welfare situation of the mentally challenged Persons in Anambra State and beyond.

Mode of admission of inmates at the center is through raids conducted by the Ministry of Social Welfare, Women and Children Affairs. So far, the center has successfully rehabilitated 142 inmates. Notably, out of this number, 80% are not from Anambra State.

Today, the home has a Sickbay, skill acquisition center which, in addition to learning skills, aiding quick recovery of patience. Gladly, at the peak of the successes, is yet another victory for Ndi Anambra.

Nteje Home for the Mentally Challenged will be repatriating 12 inmates in the current batch of rehabilitated inmates. We have our brothers and sisters from Osun; Kwara; Enugu; Rivers; Ebonyi and Anambra states. These psychiatric certified mentally stable individuals will once again get reunited to their families and with the ingenuity of Dr Mrs. Ebelechukwu Obiano.

They will be adding value to the society by using the acquired skill. The desire to champion the cause of poverty eradication in our society by the wife of the Governor is once again made manifest by her insistence to empower a demographic segment of the society, hitherto considered mentally unstable.

The administration of Governor Willie Obiano, with Support from his amiable Wife, Osodieme, has left an indelible footprint in the annals of history of the State. Through this intervention, Government has ensured no one is left behind. In the words of Akpokuedike, the vision is clear, the mission is known and the destination is certain.