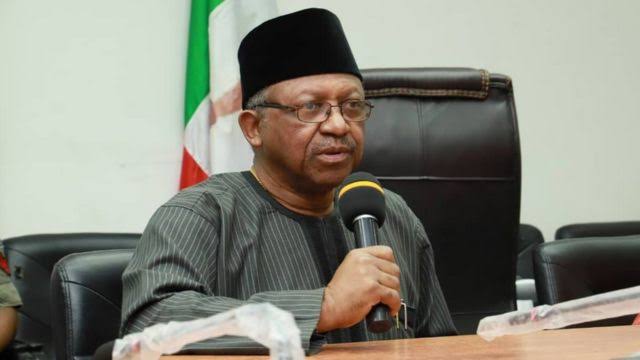 The federal government has announced its intention to revitalize and reposition the six zonal sickle cell centers for better service delivery.

Health Minister Dr Osagie Ehanire revealed this in a statement released by Mr Olusegun Adetola, director of media and public relations at the ministry, on Saturday in Abuja.

Ehanire said this as the world commemorated World Sickle Cell Day 2021 with the theme: “Shining a Light on Sickle Cell Disease”.

“The federal government remains committed to ensuring access to care for people living with the disease, hence plans to reposition and relaunch centers in six zones. “

He said others were implementing the national guideline for disease prevention, control and management, including the newborn screening protocol.

Ehanire also hinted at plans for integrating sickle cell disease care and services into maternal and child health services, especially at primary and secondary levels of health care in Nigeria.

According to him, integration will improve early identification of cases and enrollment in the overall management of sickle cell disease.

“There will be a strengthening of supportive supervision, monitoring and evaluation. Institutionalize early identification of cases through universal newborn screening at all levels of care.

The minister said sickle cell disease, although endemic in Nigeria, was also preventable.

According to him, Nigerians must all make a concerted effort to verify their genotype and key in the initiative so that together the country can stop this epidemic.

“This will ensure the reduction in the prevalence of the disease in our country,” Ehanire said.

Read Also: Sickle cell carriers can marry each other – Expert

He explained that the disease is a genetic disease that occurs when an individual inherits two abnormal mutant hemoglobin genes from both parents.

The minister said the government will synergize with civil society organizations, international institutions and development partners for the prevention, control and management of the disease in Nigeria.

He said available records showed the disease affected nearly 100 million people worldwide and was also responsible for more than 50% of deaths in people with the most severe form of the disease.

According to him, it is the most common genetic disease in the African region according to the World Health Organization.

He said that in many countries in the region, including Nigeria, 10-40% of the population carried the sickle cell gene, resulting in an estimated prevalence of the disease of at least 2%.

The minister said the situation in the region also indicated that national policies and plans were inadequate; adequate facilities and trained personnel were scarce.

He said adequate diagnostic tools and treatments were insufficient for the prevention and control of the disease.

He said Nigeria currently has the highest disease burden in the world ahead of the Democratic Republic of Congo and India, with around 25 percent of its adult population carrying defective S genes.

“In 2015, the WHO estimated that 2% of newborns in Nigeria are affected by sickle cell disease, resulting in a total of around 150,000 affected children born each year.

“About 50 to 80% of the estimated 150,000 infants born with the disease each year in Nigeria die before the age of five.

“While those who do manage to survive suffer target organ damage that shortens their lifespan, including stroke,” he said.

The minister said the disease was among the top five noncommunicable diseases (NCDs) contributing significantly to maternal, newborn, infant and child disability, morbidity and mortality.

According to him, this is a unique disorder that can undermine the achievement of Sustainable Development Goals (SDGs) one, three and four.

He added that the theme of the 2021 commemoration had given the country a unique opportunity to raise awareness of its growing burden and the need to eliminate negative notions associated with the disease. (NAN)

Understanding the True Meaning and Principles of Inclusive Education