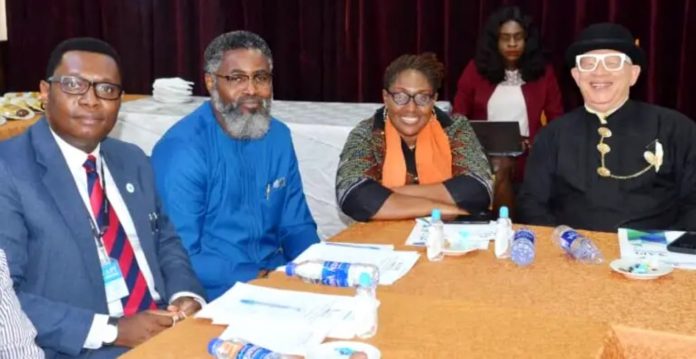 Africa Polling Institute (API), an Abuja-based research institute, has advocated for accurate data of persons with disabilities (PWDs) in the country, in order to improve their conditions.

Prof. Bell Ihua, Executive Director, API, said this at a one-day multi-stakeholder workshop on the Nigeria Disability Research Project, on Tuesday in Abuja.

According to him, the project, which is born out of the need to have Nigerian-owned data on people with disabilities, is supported by the Ford Foundation.

Ihua noted that the project is aimed at gathering evidence-based disaggregated data on Persons With Disability (PWDs) in the country, that would create useful data that would be quoted for many years.

“As you know, data is life and one of the challenges that have been found so far that has not allowed the inclusion of people with disabilities is the fact there have been little data from the country on people living with disabilities.

“So with the support of Ford Foundation, the Africa Polling Institute was asked to midwife the process of generating national data on persons with disabilities in the country.

“The project has four components, the first is working with the National Bureau of Statistics to generate nationwide data on persons with disabilities.

“The second component is working with academics to engage state government officials in action research to collect data on disabilities at the state level.

“The third component has to do with capacity building for persons with disabilities, especially in the area of research.

“The fourth component is to conduct a study on sexual and gender-based violence against people with disabilities,” he said.

The executive director also advised states that are yet to domesticate the disability Act, to do so and ensure speedy implementation of the Act.

In her remarks, National President, Joint National Association of Persons with Disabilities (JONAPWD), Ekaete Umoh, added that the outcome of the research would help the PWDs have constructive engagements with the government.

“Data is everything, data is for planning and if we do not have accurate data about the situation of persons with disabilities, it is going to be extremely difficult to even implement the disability Act,” she added.

Mr Jake Epelle, Chief Executive Officer, The Albino Foundation, added that the outcome of the project would be beneficial to the community of PWDs.

Foundation seeks end to stigma, discrimination against persons with disabilities