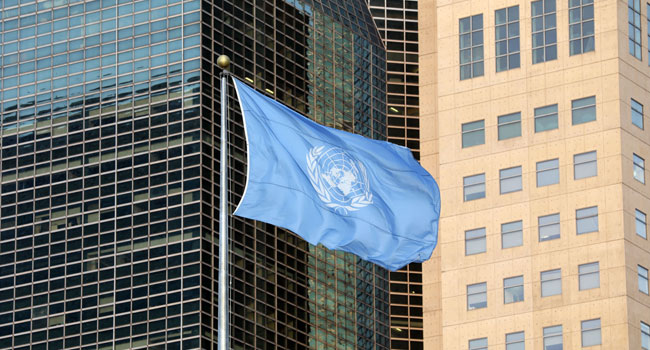 Innovations aimed at helping people overcome mobility, sight and other disabilities have exploded in recent years, and are becoming ever more integrated in regular consumer goods, the United Nations said.

More than one billion people worldwide currently need technology-based assistance to overcome a disability — a figure expected to double in the next decade as populations age, UN data shows.

Meanwhile, only one in 10 people globally currently have access to the assistive products they need.

To meet the growing demand, innovations in new assistive products have shown double-digit growth in recent years, according to a fresh report from UN’s World Intellectual Property Organization.

“People living with impairments have long relied on new technologies for increased independence and fuller interaction with their world,” WIPO chief Daren Tang said in the foreword to the report.

“From the invention of the crutch in ancient Egypt through the simple prosthetics of the Middle Ages to our latter-day Braille tablets, we are now on the cusp of a future where autonomous wheelchairs, mind-controlled hearing aids and wearables monitoring health and emotion alleviate the impact of human limitations.”

A key finding in the report, he said, is “the evolution toward mass use of assistive tech.”

Using patent and other data, the report found that more than 130,000 patents were filed for conventional and emerging assistive technologies between 1998 and 2020.

More than 15,500 of those filings were for so-called emerging assistive technologies, like assistive robots, smart home applications, wearables for visually impaired people and smart glasses.

That was eight times fewer than the 117,000-plus patents filed for conventional technologies for well-established products like wheelchair seats or Braille-enabled devices.

But WIPO pointed out that filings for new assistive technologies were growing 17 percent on average each year — three times faster than the growth rate for conventional technology filings.

The report found that China, the United States, Germany, Japan and South Korea were the countries where most innovation in assistive technology was taking place.

Universities and public research organisations are the most prominent when it comes to filing patent applications for emerging assistive technologies.

WIPO experts hailed how assistive technologies were rapidly converging with mainstream consumer electronics, paving the way for a greater commercialisation and lower prices.

As a result, big tech companies, like IBM, Google and Microsoft, and consumer product companies like Samsung and Panasonic were eagerly entering a market once dominated by specialised assistive technology companies, like WS Audiology and Second Sight.

“This creates a condition for a very healthy competition environment, in which we should see the positive impact of that competition into market prices and on the availability of those products,” Aleman told reporters.

The WIPO experts stressed that policies and regulations would be needed to ensure that assistive technologies become more widely available to those who need them.

But the market was also playing an important role in improving access, they said, pointing to the positive impact of technologies developed for persons with functional limitations increasingly being applied to mainstream products.

Bone conduction technology that can assist with hearing impairment can for instance also be used in runners’ headsets.

Devices with brain-machine interface or eye movement recognition that help people with cerebral palsy can also for example be used in gaming and communications applications.

“Something that was considered to be a niche area and a specialised product with a very high price starts going down,” Irene Kitsara, an industrial property expert, told reporters.

“This has a benefit for all end-users.”

HOW COVID-19 HAS IMPACTED NIGERIANS WITH DISABILITIES