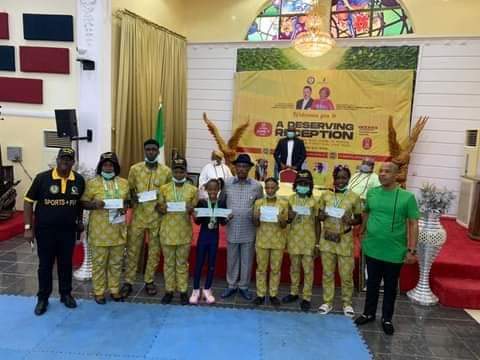 Anambra State Governor, Chief Dr. Willie Obiano has doled out cash gifts of 1,000,000, 500, 000 and 250,000 naira, respectively to the gold, silver and bronze medalists of team Anambra at the recently concluded 20th National Sports Festival. Among the medalists were a couple of athletes with disabilities whose silver medals made the State proud.

Governor Obiano had on Monday hosted the team in appreciation of their efforts in bringing the medals home. Similar cash rewards were also given to the team’s coaches in proportion to the number of medals won by their charges.

The Governor encouraged the athletes to go for more medals in coming games, more so as Anambra will be getting a state of the art stadium in the coming months.

Anambra State Female with Disability Qualifies for 2021 para Olympics in...