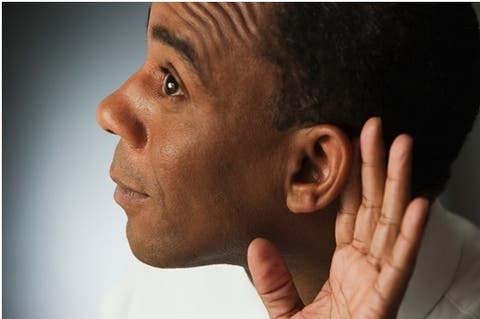 EXPERTS say hearing loss among the elderly is on the rise in Nigeria with 75 per cent of individuals from 55 years and above residing in the clustered communities of Gwagwalada area council of the Federal Capital Territory (FCT), Abuja being hearing-impaired.

In a new study, experts say there is a steady increase in hearing loss from age 55 years, and a surge from 65 years, with the majority having moderate sensorineural hearing loss (SNHL), irrespective of other socioeconomic lifestyle. It was in the 2020 edition of the Nigerian Journal of Clinical Practice.

The prospective community based cross-sectional study involved 114 individuals from 55 years and above who underwent a thorough and detailed clinical assessment, including a general assessment of their ear, nose, and throat to exclude other possible causes of hearing loss. Ten participants were selected in every 10 wards in Gwagwalada area council.

Majority of the participants (39.0 per cent) were of the Hausa ethnicity, 91.0 per cent were married, and the majority, 62 (62.0 per cent), were traders (provision stores, bookshops, food sellers, contractors, etc.).

Also, no cultural practices were identified as possible factors to explain this high level of hearing loss in Gwagwalada area council. Tribal and other demographic factors were insignificant.

The researchers, who suggested that age remains the most significant factor for developing adult-onset hearing loss, said this might have been due to a series of assault to the ear over time including age-related degeneration, noise exposure, and diseases of the ear.

They declared, “tinnitus is the major associated symptom in adult-onset hearing loss.

This is a pointer that it almost always goes with tinnitus and also suggests a strong association between them. Genetics remains another important aspect to be unraveled for the possible explanation of this high prevalence. Studies on genetics, climate impacts, and others on age-related hearing loss will be needed.”

Adult-onset hearing loss has been shown in many studies to have incredible effects on the quality of social life of millions of older individuals and this becomes pronounced as the population ages. Hearing acuity deteriorates with age.

All parts of the ear are affected, but the ultimate clinical impact is on cochlear. The hallmark in its treatment is the use of hearing aid or a cochlear implant.