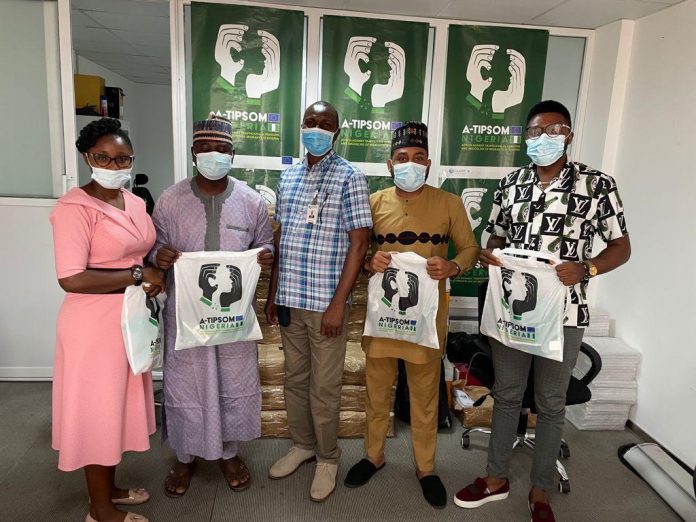 The Nigerian National Association of the Deaf, NNAD, has met with the International Ibero-American Foundation for Administration and Public Policies (FIIAPP) to discuss modalities for facilitating a capacity building workshop for its members under the aegis of an EU funded project tagged A-TIPSOM (Action against Trafficking in Persons and Smuggling of Migrants).

The training is centered on prevention of Human Trafficking and Smuggling of Migrants, including Deaf persons.

This statement, coming from the NNAD headquarters, was disclosed by the National Vice President, Haruna Tsafe. Mr Tsafe said the visit was a follow-up to NNAD’s visit in February during which an agreement was reached with FIIAPP to train NNAD National Executives. The training will be later extended to Zonal and State levels as a strategy to curb the menace of human trafficking and smuggling.

The Deaf headquarters announced it has also come up with new plans on creating awareness for future events. This, it promised will be incorporated into the Deaf Youth Summit and Annual General Meeting, AGM.

The visit, according to Vice President Tsafe, yielded positive results. Implementation will start anytime soon. Also, a detailed information on the program will be made public as soon as the dates are fixed.

Benue begins relocation of about 20,000 IDPs