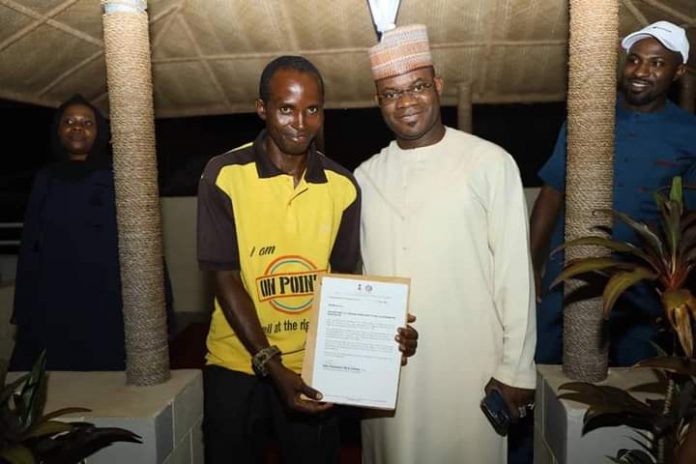 It is becoming the new normal in recent times to read about PWDs getting appointed as aides and advisers to government officials on disability related issues.

Going by such trend, stereotypes would think PWDs are only good enough for disability related affairs. It is therefore encouraging to read of a departure from the old trend, thanks to Kogi State Governor, Alh. Yahaya Bello.

The current youngest Governor of the Nigerian federation has appointed Peter Aliyu (Deaf) as his special assistant on Sanitation matters.

Read Also: PDP Appoints Person With Disability, 4 Others Into Its National Lobby Committee

The news was disclosed in a letter issued by Secretary to the State Government, Mrs. Folashade Arike Ayoade.

According to the Secretary, the appointment is based on the appointee’s loyalty to the government. Aliyu is expected to resume office with effect from 4th of May.

Meanwhile, another Person with Disability, (visually impaired) Comr. Abdulazeez Asadullah Ahmed, was also appointed as special assistant to the Governor on Media.