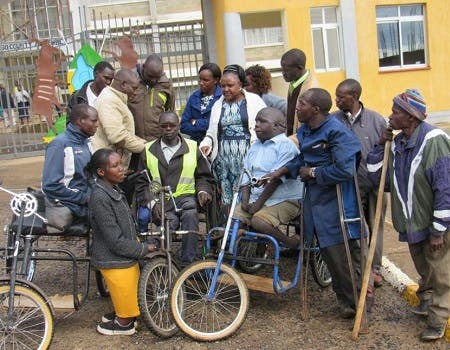 Association of People with disabilities in Sokoto State, Malam Mahadi Umar Aliyu, has appealed to the state government to come to their aid in reducing hardship among them during this month of Ramadan.

Malam Umar who is also a former Sokoto south local government chairmanship aspirants made the call in an interview with newsmen in the state.

He said despite the efforts made by current administration under the leadership of governor Aminu Waziri Tambuwal in spending huge millions of naira for the feeding of its citizens during this month of Ramadan, is worrisome people with disabilities yet to benefit with the gesture meant to poor, less privileged and people with special needs.

Although, the concern elder of the association attributed the situation they are in, as a result of misunderstanding between the office of commissioner, ministry of social welfare and office of the special adviser to the governor on people with special needs.

Malam Mahadi Umar equally praised the effort of governor Aminu Waziri Tambuwal for his concern for their welfare of special needs and hoped this would be sustained.

Kanawa Foundation Donates Tricycles To Students With Disabilities In Kano

Five powerful tips for coping with a newly acquired disability