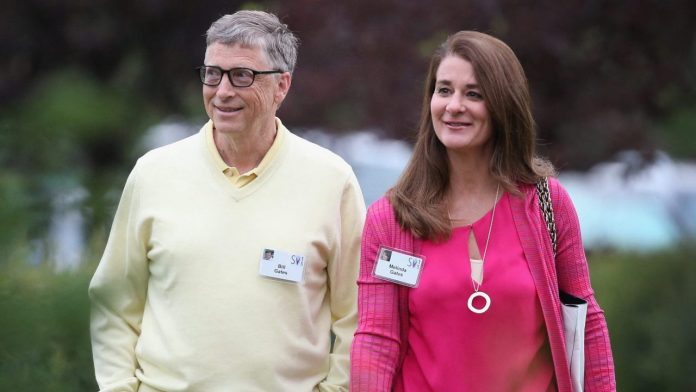 Bill and Melinda Gates, two of the most influential philanthropists in the world, said on Monday that they were divorcing after 27 years of marriage.

The couple have together emerged as leading figures in the global fight against Covid-19, and their separation is likely to send shock waves through the worlds of philanthropy, public health and business.

“After a great deal of thought and a lot of work on our relationship, we have made the decision to end our marriage,” the two said in a statement posted on Twitter. “We have raised three incredible children and built a foundation that works all over the world to enable all people to lead healthy, productive lives.”

Microsoft Corp. co-founder Bill Gates, 65, is the world’s fourth-richest person. Melinda Gates, 56, is a former Microsoft manager who’s become an outspoken advocate on global health and equality for women in her role co-running the foundation. They said in the statement that they’ll continue to work together at the massive philanthropic foundation they built to improve global health, combat climate change and bolster U.S. education.

It’s the second bombshell split among the uppermost ranks of the world’s richest people in recent years, following the 2019 separation announcement of Jeff Bezos and MacKenzie Scott. At stake is the world’s fourth-biggest fortune, currently valued at $145.8 billion, according to the Bloomberg Billionaires Index.

The Gates’s wealth could prove more complex to carve up than the Bezos fortune, which was largely concentrated in Amazon.com Inc. stock.

Bill Gates’s net worth originated with Microsoft but shares of the software-maker now probably make up less than 20% of his assets. He’s shifted much of his stake into the Bill & Melinda Gates Foundation over the years and his exact stake hasn’t been disclosed since he left Microsoft’s board last year.

Gates’s biggest asset is Cascade Investments, a holding company he created with the proceeds of Microsoft stock sales and dividends that’s run by Michael Larson. Through Cascade, Gates has interests in real estate, energy and hospitality as well as stakes in dozens of public companies, including Canadian National Railway and tractor-maker, Deere & Co.

The couple’s philanthropy has always been deeply rooted in their relationship and marriage — the day before they wed in Hawaii, Bill’s mother, Mary, who had been trying to convince him to dramatically increase his charity, gave Melinda a letter which closed with the words “From those to whom much is given, much is expected.” Mary Gates passed away several months later. (Bloomberg)