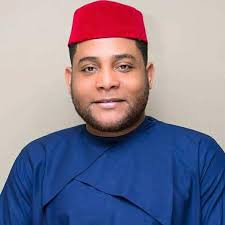 Ahmed Adamu Bula is among four Deaf persons of Gombe State origin sponsored by NNAD chair, Hon. Chidi Topaz Olujie to write the 2020 NECO examination. He passed the examination with 8 credits including English and Mathematics and now has his sights set higher on tertiary education.

In a statement signed by Yusuf Kumo, S.A, (Media and Publicity) to Hon. Chidi, and made available to INN, Mr Bula, who showed his result to the media aide expressed sincere gratitude to the NNAD president for the sponsorship without which he couldn’t afford to support himself.

Hon Chidi Olujie, a passionate advocate of Deaf Education and Disability Rights is a prospective PhD candidate of North Central University, USA. He has long been in the forefront of philanthropy for less privileged youths and other PWDs in his Ukwa East LGA home town of Abia State. He reaches out with his humane gestures through his foundation, the Chidi Topaz Olujie Foundation (CTO Foundation). His philanthropic activities now extends to other States and regions with specific emphasis on helping the Deaf, other PWD categories, and the less privileged.

Kumo commended the NNAD Chairman for his mission and vision for the less privileged and PWDs, remarking that such is highly commendable and worth emulation. He further noted that there are a number of other Deaf persons in situations like Ahmed’s and can’t afford to sponsor themselves.

Kumo who is also secretary of Akko Association of the Deaf stated that he considers it a responsibility to ensure the likes of Ahmed also secure support for JAMB and return to school to further their educational careers. He says he is making efforts to see that government and other philanthropists from his LGA offer their supports.

“Thankfully, we learned that the Dan Amanan Akko Foundation, a Foundation set up by another visionary young man from Kumo Akko LGA is distributing free Jamb forms to 100 indigenes of Akko LGA. According to Kumo, efforts are being made to see that Deaf members from Akko LGA who met the requirements of the free Jamb form offer benefit from the opportunity.

Kumo however expressed concerns about sponsorship for Deaf and Disabled students who secure admission into higher tertiary institutions. He asks the big question: who will sponsor their education to graduation level?

He says some parents of the Deaf are either poor and unable to sponsor them or lack interest toward Deaf education due to societal discrimination, prejudice, misconception etc, which makes it difficult for many Deaf youths to further their educational career.

He therefore called on the government and other philanthropists to tow the path of the CTO Foundation by giving massive support to education of the Deaf, Disabled, and less privileged.

“Once we fails to support Deaf and Disabled Education and welfare, nuisance of mendicancy become the result and this is a challenge to all of us, the society, the government, parents of PWDs, the politicians and philanthropists of today”

If we want to reduce the nuisance of mendicancy among the Deaf and Persons with Disabilities let’s give them education, empower and employ them for self reliance. Kumo concluded.