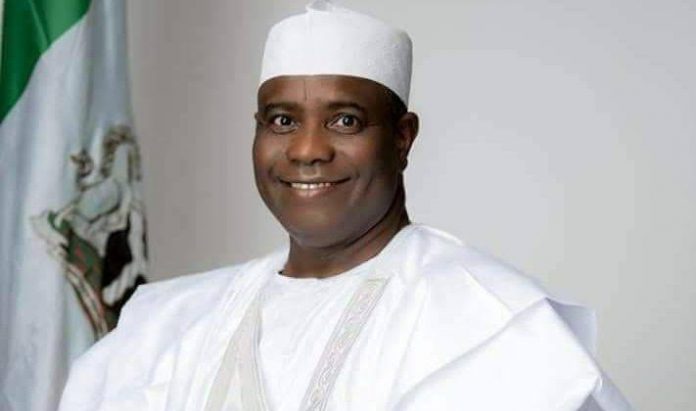 Sokoto state government says it has spent over N339 million this fiscal year to cater for orphans and the needy across the state under the aegis of the Zakkat and Waqf Commission (SOZECOM).

Gov. Aminu Tambuwal of Sokoto State disclosed this Monday while distributing food items and clothing materials to over 100,000 beneficiaries across delineated 87 districts across the state.

During the ceremony held at the premises of SOZECOM, Gov. Tambuwal said the gesture was aimed at assisting indigent citizens, particularly women and children so that they will celebrate the forthcoming Eid-el-Fitr festival at the end of Ramadan with ease.

Commending the Sultan of Sokoto, Alhaji Muhammad Sa’ad Abubakar for his fatherly role in the state’s effort to improve the lives and wellbeing of the people of the state, the governor called on the people saddled with the responsibility of distributing the items to beneficiaries to fear Allah in the discharge of their duties.

In his remarks, SOZECOM Chairman, Mallam Muhammad Lawan Maidoki, said the Commission has concluded all arrangements for the distribution of food items as well as Sallah clothes and cash assistance to the needy.

He said each district will receive 100 bags of rice, 100 set of clothing materials and N1000 each for sewing clothes.

Equally, the sum of N500,000, he explained, will be allocated to each team in the designated district of the Commission to enable them prosecute the stated mission.

NGO Calls For Collective Action Against Discrimination Towards WGWD In Nigeria