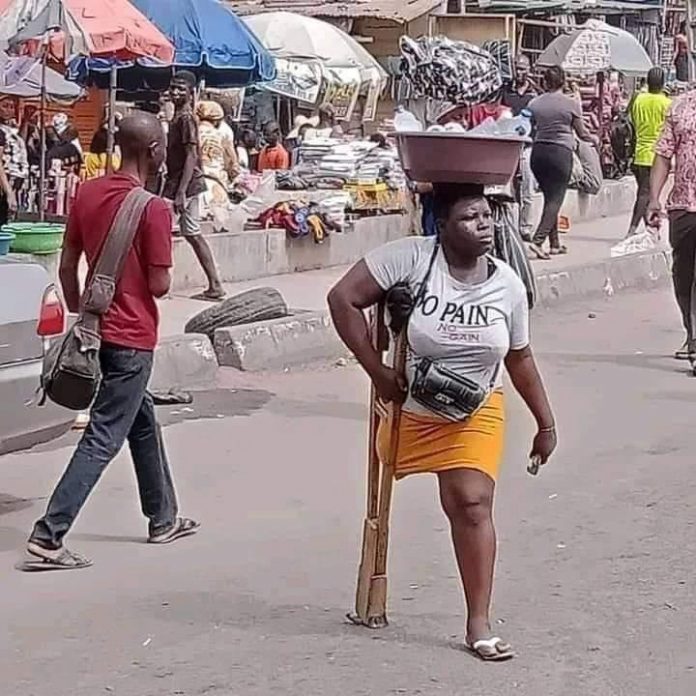 Mary Daniel hawked table water in traffic at the Oshodi area of Lagos she was only 10 years old when she lost both her parents and her right leg to an accident in December 2006, when the family was on a journey to their hometown, Ayingba in Kogi State.

Mary dropped out in Junior Secondary School and moved to Onitsha to start selling sachet water in order to cater for her grandmother.

Mary got pregnant in 2018 and had her baby, which made her relocate to Lagos to continue her water selling business.

After her recent interview with various media platforms a lot of well meaning Nigerians started trying to reach out to her and make donations.

Among other donations was former Imo State governorship candidate, Uche Nwosu who presented a Cheque of N500,000 to Mary.

In addition to that, Nigerians have raised over N14million for Mary.

Bauchi Governor set to revive the Agency for PWDs, promise to...