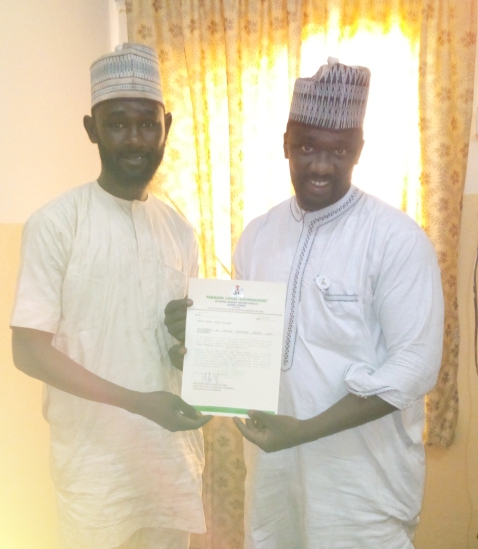 The chairperson of Tarauni local government, Hon Abubakar Zakari Muhammad has engaged the services of a PWD as special assistant on Deaf affairs.

The appointment was disclosed in a chat with Inclusive News Network.

The appointee, Mr. Tahir Lawan Tahir Daurawa, a deaf person, revealed how he had initially intended to contest for the post of councillor in his Daurawa ward in order to introduce new ideas and development that will prove to society the potentials and abilities of PWDs. However in the process, Executives of his ward called him to negotiate down, with promise of appointment as Special Assistant (SA). Fortunately they kept their word.

Letter of appointment dated to March 16, 2021 was issued to him yesterday,

When asked what his plans are in his new office, Abba promised to provide the Deaf community in Tarauni with access to education and empowerment.

He said “I’ll encourage our local government chairman to implement the basic needs of Persons with Disabilities, namely: right to education, vocational skills and empowering our women with supportive resources.

“Deaf people are politically able and there is no reason for them not participating in politics at the local government level.” He affirmed.

Photo of the letter of appointment issued to him yesterday by chief of staff to the chairman, Tarauni Local Government. 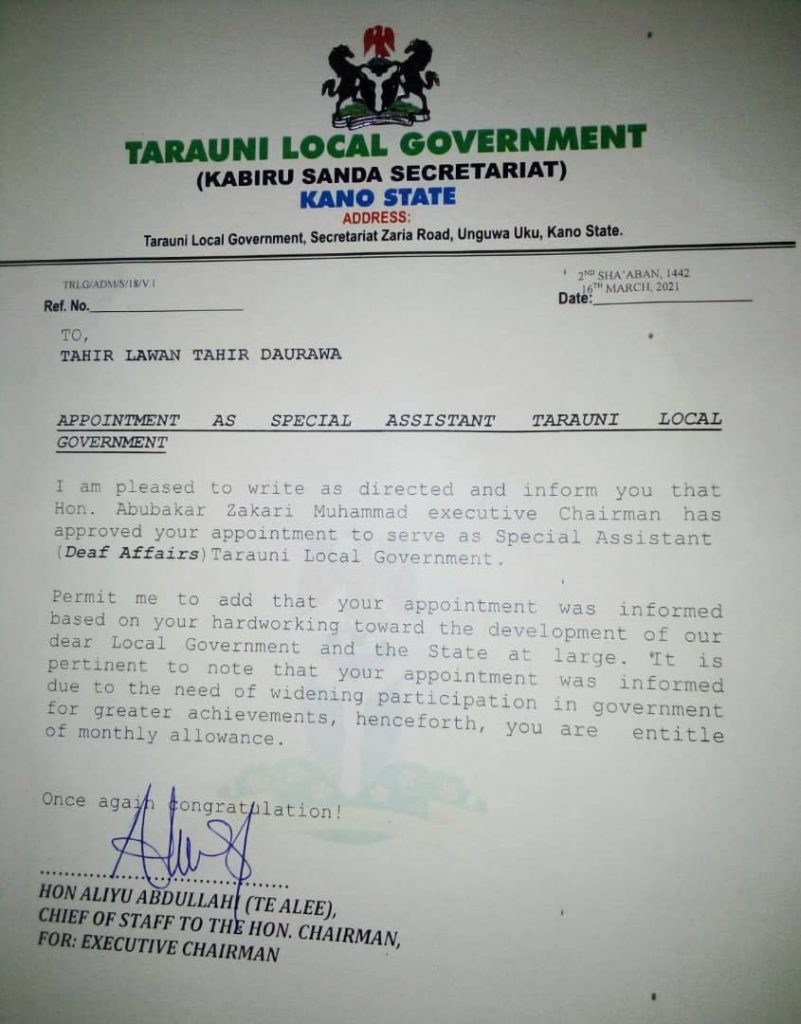