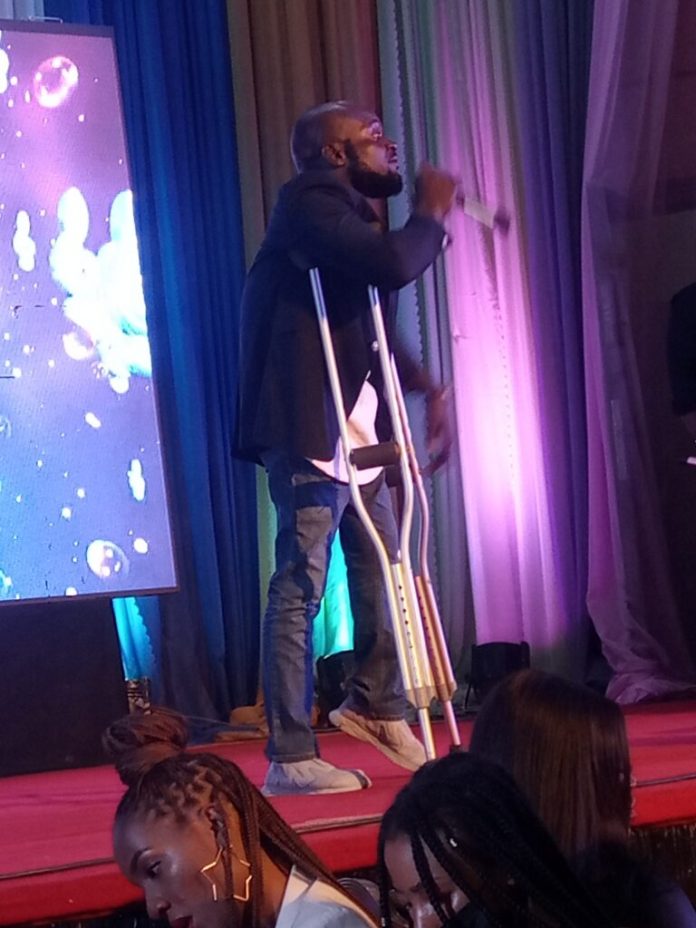 Nick Bebiem popularly known as Nick B is a Nigerian Comedian who is very interested in humanitarian works.

He has come up with a lot of initiatives to satisfy his heart desire of assisting people. Miss Health and AID Talent Show are the two notable initiatives by Nick B which geared towards assisting the downtrodden.

The AID Talent Show which was designed to enhance talents among persons with disabilities in the field of entertainment. The maiden edition of the show took place in December 2020 and some talents was discovered but one amazing thing that Nick B has been doing since the end of the show is that he has been going extra mile to promote and create opportunities for these talents discovered at the show.

Recently, he took it a little higher by putting some of these talents in his annual comedy show ” Comedy Assembly”.

In Easter Monday 5th April, 2021, he organized another Comedy Assembly and he gave opportunity to four of them to showcase their potentials. He made his show inclusive and among the comedians that performed, Sunday Ajeh ( Actor no dey die) a polio survivor and Fine Boy an Amputee, DJ Skills a blind DJ, Lucky Pastor a singer who wrote a book also came to speak about his newly published book.

Lucky Pastor who wrote a book was given an opportunity to sell his books, about 100 copies of book was sold out at the rate of N1000 each.

It was an awesome night of comedy which witnessed the presence of some heavyweights in entertainment industry in Abuja.

Nick B has once again made history by being the first Nigerian comedian who organized a contemporary show and made it inclusive.

Nick B team will buy the instruments ranging speakers and other equipment that he needs to be playing in events an parties.