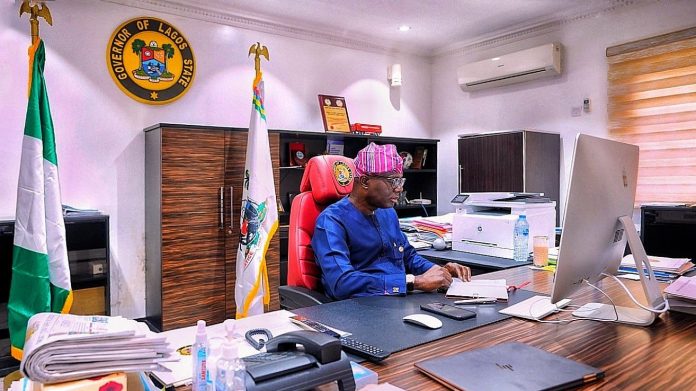 Lagos State Governor, Mr Babajide Sanwo-Olu has approved the funding for the 2021 job initiative skills designed for final year students and those in penultimate classes and the Eko Digital Skills.

Special Adviser to Governor Sanwo Olu on Education , Barrister Tokunbo Wahab, who disclosed this at Alausa, Ikeja while briefing the press about the activities of his office, did not however give specific amount approved.

According to Wahab, “I can convieniently, tell you that Governor, Babajide Sanwo-Olu has graciously approved the funds from the year 2021approriation law of N148 billion aermarked for the education sector for the implementation of the year 2021 job initiative skills and the Eko Digital Skills, designed for final year students across tertiary institutions.

“At least 6,000 students have been earmarked to benefit from the scheme this year.”

The initiatives were aimed at equipping students with essential skills that will make them to be relevant and their services essential in the labour market.

The state government said the Eko job initiative in particular is fast yielding positive results as graduates of the programmes are getting better employment due to their exposure to various capacity building and skills development programmes.

Wahab, noted that those innovations were part of the state government efforts to reduce unemployment rate in the state.
According to him, the jobs initiative programme of the State Government is aimed at preparing final year and penultimate students of tertiary institutions for immediate entry into the workforce as employees and employers of labour by equipping them with the market aligned knowledge, soft skills, business tools and the mind set reorientation in the world of work.

The Special Adviser explained that the State Government was worried by growing rate of unemployment in the country and came up with the initiative so as to help the youths develop their skills and break the barriers standing between them and job opportunities.

Read Also: If You Think Blindness Made Me successful Go Get Blind, Rasak Adekoya tells critics

He revealed that as at the 3rd quarter of the year 2017, more than half of the Nigeria’s nearly 185 million were under 30 with youth unemployment standing at 33.10 percent.

While regretting that a large number of graduates turned out yearly by the Nation’s institutions of higher learning lacked employability skills, Wahab explained that the need to bridge the gap so as to reduce the growing rate of unemployment rate and its attendant consequences was one of the reasons why the State Government has not relented in building capacity and committing resources to skills acquisition and vocational development.

“Lack of employability skills exacerbates Nigeria’s unemployment problem. Not a few employers have complained about the skills mismatch in the employment market , they lament that graduates of our Institutions of higher learning come out lacking both technical and soft skills to fit into the work place’’ he stated
Wahab added that the Lagos State Government having realized the gap sought the collaboration of the private sector to work with the Office of the Special Adviser on Education to develop a programme that would bridge the gap and empower its teeming young population and thereby, prepare them ahead for the work place challenges.

According to him Loftylnc Allied Partners Limited (LAPL) was considered most suitable among the private consulting firms that showed interest to work with the State Government to bridge the gap. and has been collaborating with the State Government to bridge the employability gap by providing training to the selected 12,000 youths across the selected eight Higher Institutions in the state in the areas of Entrepreneurship, Work readiness tools, Soft Skills and Market Aligned courses.

While giving credits to his predecessor in Office, Mr Obafela Bank Olemoh for the initiative, Wahab explained that the present administration had widened the scope of the project, which made it possible for more people to benefit from it.

On the Eko Digital initiative, Wahab explained that the State Government in partnership with Advent Management Solutions and Loftyinc Allied Partners is leveraging on ICT to train and equip young students and pupils in Lagos Government owned Primary and High Schools with requisite knowledge, skills and technical Know-how that would enable them to thrive in the technology space in a couple of years.

“Eko Digital is a programme designed to benefit the students and pupils in Lagos State with the right coding and technology skills that will enable them complete successfully with their counterparts from any part of the world’’ he stated.

According to him, the consultants are currently collaborating with the State Government to train students/ pupils in 720 schools across the state in the areas of computer Basics, Scratch, Use of internet, Cloud services, World wide Web designs among other computer programming.

Eko Digital initiatives according to him would among other things help to curb youths restiveness as it would provide them with the right skills that would enable them get valuable jobs after completing their education. He added that the initiative will also equip young people with industry certified skills needed to get instant employment both within and outside the country.

While commending the Governor for taking governance to the next level of technological development, the Special Adviser pledged the commitment of his Office to efficient implementation of the state’s sustainable educational policies that will make the state rank among the best in the world.

Like Lagos, Kwara Govt To Scrap Pension For Ex-Governors, Deputies