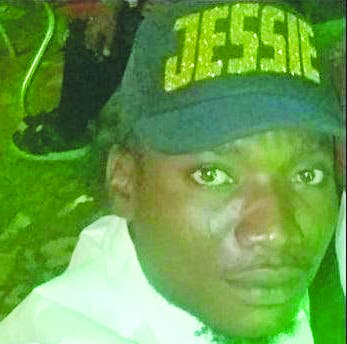 * Abandoned at childhood, annulled enchantments to be celebrated
*He is thorough; welding works unique – Ojo, neighbour; Agene, contractor
*What I want Governor Obaseki, guarantors to do for me – 30-yr-old Omobude

MR Kingsley Omobude came tone-deaf from his mother’s womb, nobody knew the reason but because of this handicap, people defectively concluded he would amount to nothing and predictably neglected him.

Fifteen or so years into his life, the negativity did not change as no help came. However, young Kingsley who never accepted that God created him to be nobody took a stride that explicitly altered his life.

The gallant move climaxed in his becoming a welder at Benin City, Edo State and he has found a way around his tongue-tied mouth by doing most of his transactions and businesses through sign language. Those who rejected and mocked him in the past are amazed at his makeover.

Nobody catered for me but I thank my master
Omobude, who spoke to NDV through Mr. Godspower Ojo said that he decided to be trained as a welder over 10 years ago when there was nobody to fend for him.
“I have been dumb from birth and while growing up, I saw that nobody was interested in me or wanted to help me because of my disability.
“The man that I was apprenticed to, I mean my master, encouraged and assisted me in several ways to ensure that I completed my apprenticeship. He overlooked my disability.

Read  Also:The Deaf: Communication As a Key Tool for Personal and Professional Development

Story-line transformed
“When I started on my own, nobody took me serious. But today, I am very happy that the narrative has changed. People now bring jobs to me from different parts of Benin City and they are happy with my finished products,” he narrated.

According to him, he moved his workshop to the present location at No. 148, Ediagbonya Street, by Benin -Auchi dual carriageway in 2016 to attract customers.

“Through this job, I have been able to put food on the table for my family as several people, including building contractors, contact me to do one job or the other for them,” he added.
Counsel to other incapacitated persons
Omobude, who specialized in all types of welding works such as construction of stainless doors, windows, gates, fencing protectors, electrical wiring, among others, advised fellow disabled persons in the society to “learn any trade of their choice so as to be useful and not depend on those not willing to help them.”

Supplication to Gov Obaseki, sponsors
He also appealed to Governor Godwin Obaseki of Edo State and philanthropists to come to his aid, especially in the provision of standard professional tools and finance to expand his business.
He’s meticulous, groomed others in welding —Ojo
A neigbour, Mr. Godspower Ojo, who also served as his sign interpreter, described Mr Omobude as a good and hardworking man, adding: “He has trained many people in welding in Eyaen and Aduwawa axis of Benin City, including the man that I learnt the trade from. His works are excellent and nobody has brought any negative report against him.”

Superb works —Agene
A building contractor present during the interview, Engr. Sylvester Agene told NDV: “Omobude’s works are excellent hence I have hired him to do some welding works in projects that I handled.”
Govt’ll support disabled — Sedenu, Dep Gov’s aide
On his part, an aide to the Deputy Governor of Edo State, Comrade Philip Shaibu, Mr. Razaq Sedenu, said that Edo State under Godwin Obaseki was prepared to assist disabled persons learn one trade or the other.

“The government will assist them to buy tools and even provide any form of assistance to ensure that even those with two legs that are not disabled emulate them,” he said.