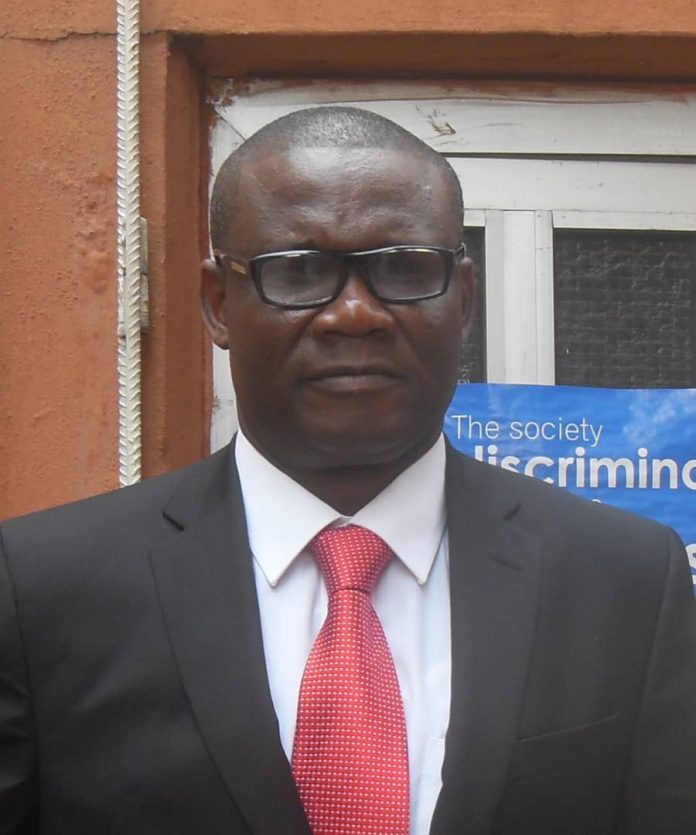 The Executive Director of CCD, David Anyaele made the remark in a statement signed by him on Tuesday in Lagos.

It stated that the sad news of Mr. Chukwuma’s death which occurred on April 3, 2021 is a big blow to the organization and the entire disability community in Nigeria.

“Innocent, as we fondly called him was the immediate past West Africa, Regional Director, Ford Foundation. While in Ford Foundation, he used his position to support efforts to ensure inclusive society, that is free from discrimination on the grounds of disability.

“The success of that effort has also opened doors for support to other organisations of persons with disabilities in Nigeria by the Ford Foundation.”

Anyaele said as the Executive Director, CLEEN Foundation, Innocent ensured CCD’s partnership with CLEEN Foundation to ensure that issues of critical concern to persons with disabilities were mainstreamed in their Police Visitors Program.

“Through that programme the Nigeria Police activities were measured using a disability eye lens. That programme led us to identify the need to promote “Access to Justice” for persons with disabilities for the first time in the history of Nigeria.

“Today, as a sustainability mechanism, many organisations in Nigeria are scaling up the success story of that intervention in different ways in favour of citizens with disabilities across the country.

“It is hard to believe that the man who pushed for the mainstreaming of persons with disabilities in the Civil Society election observation narrative is no more. As the Chairman of the Coordinating Committee of the Transition Monitoring Group (TMG), Innocent ensured that marginalized groups like persons with disabilities were co-opted into the Coordinating Committee of the TMG.

Anyaele noted that this action led to the mainstreaming of issues of critical concern to the disability community in the civil society response to the electoral process, and narratives of election observation reports in Nigeria.

He asserted that the first of that report was made public through the support of Ms. Ayo Obe in her catalogue of CSOs reports on the 2007 General Elections.

“We have lost a strong promoter of the rights of persons with disabilities in Nigeria. The death of Innocent Chukwuma is a big setback to the disability movement in Nigeria as our chief strategic adviser is no more. This is how not to expect an exit of an icon like Innocent Chukwuma in the civil space that is fast shrinking in Nigeria.

“On our part, we have resolved to apply all the wise councils of Innocent around organisational management, advocacy, lobbying, capacity building and leadership succession plans on daily operations as we work towards creating the Nigeria we want.

“It is our prayer that God will grant his wife, children, and the entire family as well as his loved ones the fortitude to bear this loss.”

Benue begins relocation of about 20,000 IDPs