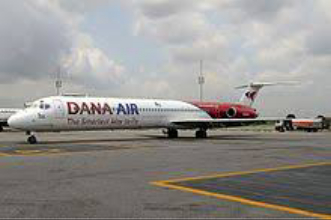 A woman with Disability, Barrister Catherine Chinyere has fired at Dana Air with her recent harrowing experience over Dana Air’s discriminatory policy following the recent news currently trending where Dana charged a wheelchair user N9,000 for carrying her wheelchair.

Narrating her story, she explained that she had booked for Abuja to Lagos to Enugu flight at #60,500, only for Dana to reach her days later that they don’t have Lagos -> Enugu bound flight for that day.

She said she tried to pick another closer date but they insisted that they don’t have a flight going in and out of Enugu for the whole month, and that her money is non refundable, but that her ticket with them is valid for one year.

Continuing her story she said “I had an urgent professional mission taking me to Enugu. Tried booking another flight but it wasnt easy with my money still with Dana. Called a friendly interpreter in Enugu who promised to help me take care of the issue in Enugu. I now decided to rebook flight back to Abuja today being Tuesday. Called Dana Air through my brother in-law yesterday evening and they said that the only available flight today is 44k and my money with them is not up to that after getting my reference code. That I’ve to top up to book tomorrow’s flight.

“Because of communication challenges, I asked my interpreter who is still in Lagos to call them and get full details. He did and fed me back. According to Dana, only on slot left today and it’s #44,000. That I should top up and immediately take it before another customer takes it because my money with them is around #30,000. However, that they have cheaper flight of about #28,000 7pm on Wed which I can alternatively book without paying.

“My interpreter updated me after ending that call with them and I told him to call them again and pleaded that I be on same flight with him as his flight is today afternoon (darkness is not deaf-friendly because we hear’ with our eyes and cannot hear in the dark, this my preference of daytime flight). I told my interpreter that he should tell them that I’m Deaf, he’s my interpreter and that we came came to Lagos from Abuja to attend same program and need to go back together. A big mistake!

“I thought they were confused or joking and had the interpreter call them again to clearly explain things to them. He reached me back that Dana shocked him to the marrow. Their tone changed and they became cold and unfeeling upon learning I’m Deaf. They insisted I must pay a fresh flight fee not minding my money with them. That its so because of ‘TAX’. I found this totally ridiculous.

“Called my booking agent company at midnight hour to complain and they were shocked and said it has never been so since he have been in the business. The boss said that he’ll call Dana later in the morning and get to the root of it.

“I’ll update us all by morning. I didn’t plan for extended stay in Lagos. Only my interpreter did. I’m still here because of Dana wahala. To think that I was praising them so highly before my interpreter and a bolt driver for smooth take off and landing, plus meal, when we landed Lag last week.

“I’m stranded somewhere while my luggage including my laptop is at another place with partners reaching me to work on certain documents and transmit urgently to them, which I cannot do because my laptop has not been with me since Saturday. I dropped my luggage at a relative’s shop on Saturday after I checked out of the Ikoyi hotel and headed to where I currently stay, hoping to pick it up the following day on my way to the airport. I’ve also not changed clothes since Saturday because of Dana.”

What Nigerian Disabled Community Can Look Forward to in a Biden-Harris...