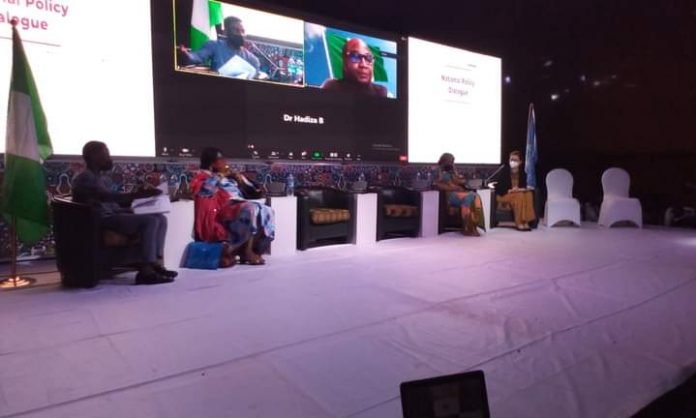 The Joint National Association of Persons with Disabilities (JONAPWD) has urged the United Nations Women and other Women Movements to draw up and implement an all-inclusive strategy for effective inclusion of Women With Disabilities (WWD) in their programs.

National President, JONAPWD, and Executive Director of FACICP DISABILITY PLUS, Mrs. Ekaete Judith Umoh said this at a high profile gathering in commemoration of International Women’s Day. The August gathering sought to examine how women are faring globally with the aim of designing strategies for women empowerment and gender equality. This year’s theme was: Choose To Challenge.

She also emphasized the fact that Women with Disabilities account for up to 20% of the general women’s population and are thus too large a number to be ignored in any gender development effort.

She concluded by thanking the Honorable Minister of Women Affairs for being inclusive oriented as it concerns Women with Disabilities in her agenda. She further pleaded with her to do more.

The National President, at the close of the event joined a high level table discussion with the visiting Executive Director of the UNAIDS, Ms. Winnie Byanyima, where she repeatedly stressed the need for the UN Women to design an all-inclusive strategy for effective inclusion of women with disabilities in their various programs, especially those on HIV/AIDS.

Present at the Round table were Hon. Minister of Women Affairs, Dame Pauline Tallen, the First Lady of Ekiti State, ex-minister of Education, Mrs Oby Ezekwesili, amongst other dignitaries.