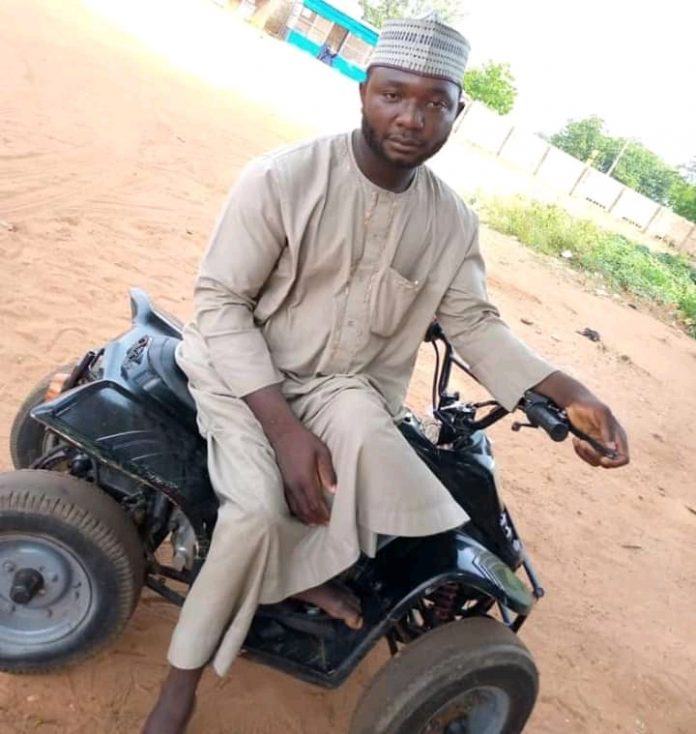 Khalid Aliyu Papa, Special Adviser (Students with Disabilities category) to the President, National Union of Kebbi State Students (NUKESS) is all poised to hit the turf running as he revealed plans to ensure issues of empowerment, scholarships and effective participation in governance for PWDs top his agenda.

The SA issued the statement in an interview with Inclusive News Network after receiving his letter of appointment from the National President of the Students Union.

He revealed that his first line of action will be creating a complete data base of students with disabilities across the 21 local government areas of the State for easy access.

He also discussed moves to organize workshops for those in education/education-related fields to help create awareness and encourage others to get involved as such might boost their future career chances.

“We aim to empower People with Disabilities to participate meaningfully at all levels of society. And, given the chance to do the needful, I will ensure these persons (PWDs) have access to the resources”, an enthused Papa declared.

“For me, this has been a life changing experience. I now feel that I CAN be the change I want to be.

“As a Special Adviser to NUKESS President, the onus lies on me to highlight problems faced by aspiring young persons with disabilities in education matters as well as proffering possible solutions”.

“We will also promote public awareness of the needs and abilities of people with disabilities while advocating for their fuller involvement in Government”, the young, dynamic leader emphasized.

MTN to empower 100 persons with disability to mark 10th anniversary

COVID-19: Philippines’ Duterte Says No School Until There Is A Vaccine