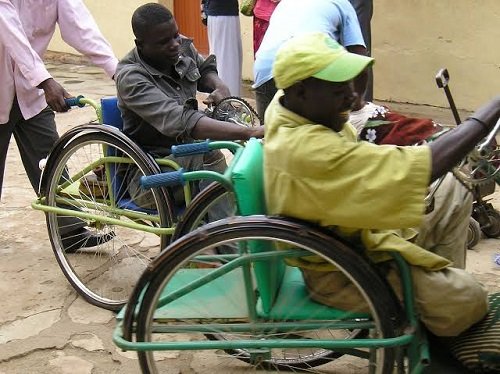 A non-governmental organisation, Keeping It Real (KIR) Foundation, in partnership with ‘We Will Rise Initiative,’ has empowered 15 small business owners with disabilities in the ICT sector with two small generators, eight laptops, three printers, three rework stations, two mobile phones and registration on an online platform for VTU and payment of bills to scale up their businesses.

The recipients were 12 mobility challenged, one deaf, and one blind and one visually impaired engaged in running business centres, repair of phones and computers and selling of recharge cards.

One of the recipients, Amadi Henry, who got a small generator and printer and has been running his business centre since 2016, said with COVID-19, business had been really slow and the fact that he did not have a functional generator made it the more difficult.

The Volunteer Executive Director of KIR Foundation, Bitebo Gogo, said that Foundation decided to support the beneficiaries because they hardly get grants from government or the private sector, since they are not in the mainstream and are easily overlooked.

At a one-day workshop on ‘The ICT Opportunities for Disability-Inclusive Development’ held in Port Harcourt, with 78 persons in attendance, 49 of who were with disabilities, an aide to Rivers State Governor Nyesom Wike, Mr. Ibifuro Asawo, said the state government would be more disability-inclusive in its ICT training this year.

He disclosed that the government has decided to give youth with disabilities 50 slots in the forthcoming ICT training, titled, ‘Codegaminator 7.0’ to cover ICT skills, such as robotics, graphic design, animation, game development, web design and database administration.