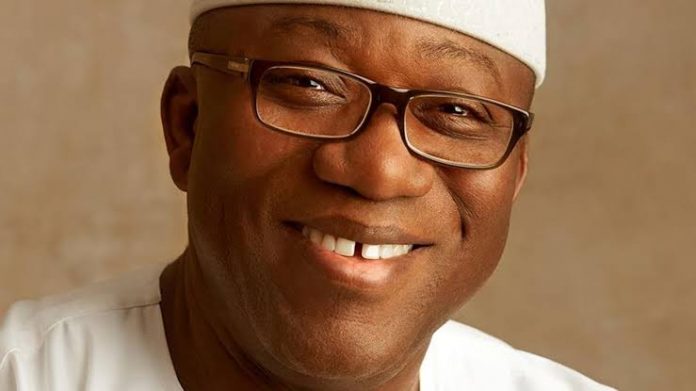 Governor Kayode Fayemi of Ekiti state, has presented a cash gift of N150,000 to a woman with physical disability, Mrs Bolanle Daniel, to purchase a wheelchair to aid her movement.

The News Agency of Nigeria (NAN) reports that the Commissioner for Women Affairs and Social Development, Alhaja Maryam Ogunlade, presented the cash gift on behalf of the governor, in her office in Ado-Ekiti.

She reiterated the commitment of the Fayemi-led administration to the general wellbeing of the people of the state, especially the persons with disabilities.

Ogunlade described the establishment of the Office for Disabilities Affairs shortly after the governor was inaugurated for his second term in office as a demonstration of his love for persons with disabilities.

“I urged people with disabilities to take advantage of the opportunities provided by the Women and Youth Skills Acquisition Development Centre in the state to make them self-reliant.

“Gov. Fayemi will continue to empower and encourage people with disabilities,” she added.

The commissioner, however, solicited the continued support of the people with disabilities to government in its efforts at developing the state and improving the lot of the people.

She also stressed the present administration’s open door policy, saying that inclusive governance remained the watchword for the Fayemi-led administration.

Ogunlade advised the people of the state to make good use of the people-friendly policy of the present administration.

She enjoined the beneficiary to use the money for the purchase of a wheelchair to ease her stress.

In her reaction, Daniel, a native of Igbara-Odo in Ekiti South West Local Government area, expressed gratitude to the governor for his kind gesture, praying God to continue to bless him. (NAN)