The International and Ibero-American Foundation for Administration and Public Policies (FIIAPP) has partnered with Nigerian National Association of the Deaf (NNAD) headquarters to tackle the endemic problems of human trafficking and smuggling of migrants within the Deaf community in Nigeria.

This news is coming from the NNAD headquarters and was disclosed by the National Vice President, Haruna Tsafe, alongside National Youth Leader, Ebuka Okeke and Association of Sign Language Interpreters of Nigeria (ASLIN) President, Timothy Tinat.

The project officer on prevention and awareness creation for FIIAPP, (a Spanish foundation), Mr. Joseph O. Sanwo stated that the foundation is implementing an EU funded Project known as A-TIPSOM (Action against Trafficking in Person and Smuggling of Migrants) and seeks partnership with NNAD to kick-off the project – knowing fully well that Deaf persons are also victims of human trafficking and smuggling. 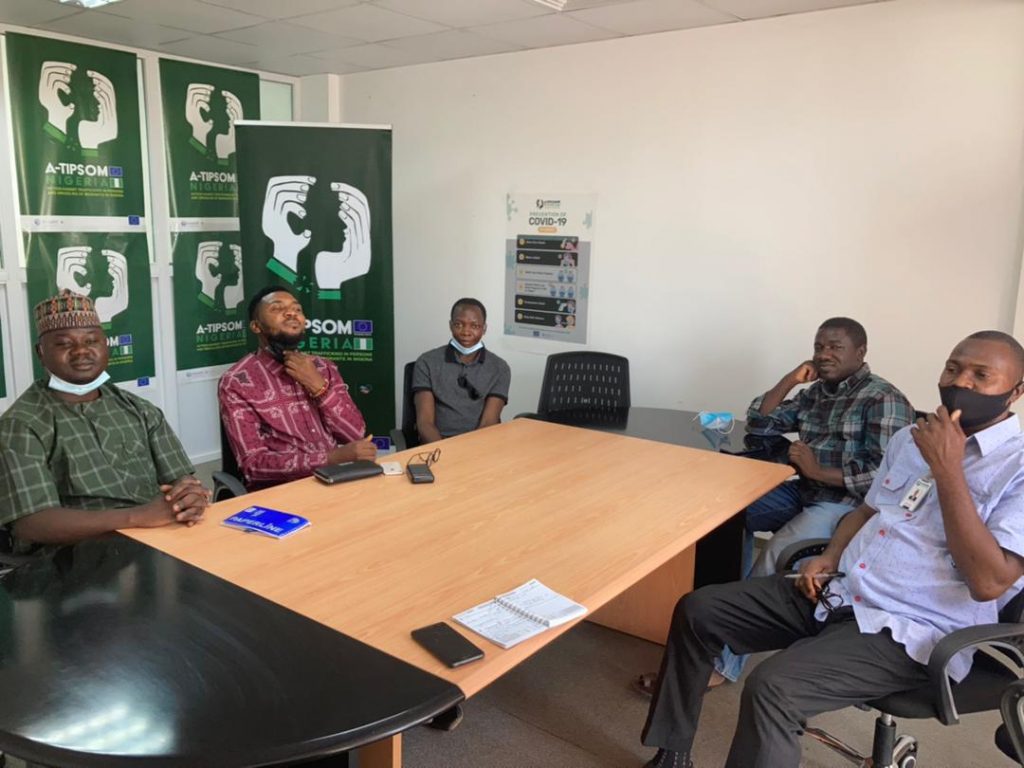 He highlighted their activities relating to the project and the need to ensure inclusion of PWDs in achieving the set objectives.

Sanwo went on to list other major actors in the implementation of the project in Nigeria, namely, the National Agency for the Prohibition of Trafficking in Persons, (NAPTIP), The Nigeria Police, Nigeria Immigration Service and Civic Society Organizations.

He explained that the partnership/collaboration will take the form of capacity building workshops comprising National Executive Officers which will later be extended to Zonal levels and State branches to curb the menace of human trafficking and smuggling.

The NNAD representatives thanked FIIAPP for their open door policy and expressed willingness to partner with them for the success of the project – noting that Deaf persons are no exception in the said human trafficking. The project, it was announced, will commence as soon as NNAD headquarters receive feedback from the management of FIIAPP.