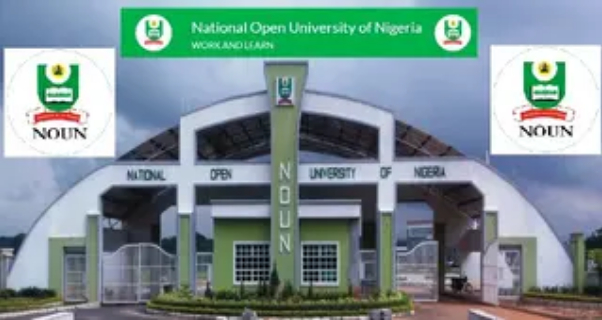 The National Open University of Nigeria (NOUN) has offered a lifetime scholarship to a visually impaired student, Dahuru Abdulhamid Idris, to study Political Science at its Kano study centre.

The award was announced by the Vice Chancellor of the university, Professor Abdalla Uba Adamu, while issuing an admission letter to the student at the university’s study centre in Kano.

Dahuru was offered the scholarship opportunity after the vice chancellor listened to him in a radio programme, Global Arena, presented on Vision FM, Kano.

The vice chancellor said Dahuru’s confidence and communication skills motivated him to place a phone call to the programme presenter and promised him scholarship up to PhD level.

“When I heard Malam Dahuru, a physically challenged person with blindness, talking on Vision radio I was really impressed by his English and most importantly by his positive viewpoint towards life because he said he was not going to allow disability to bring him down.

“I learnt he has a National Certificate in Education (NCE) with excellent results and he wants to continue his study but he doesn’t have money. I decided, on behalf of the university, to give him a scholarship. Now he has a scholarship award under our scholarship scheme from first degree up to PhD, subject to satisfactory performance during his studentship,” the vice chancellor said.

He added that the university’s indigent scholarship scheme had about 600 prisoners, Igbo and Fulani girls studying free of charge under the scheme.

He called on wealthy individuals to collaborate with the university and sponsor the education of people with disabilities and the less privileged.

Dahuru who thanked the vice chancellor for the award, said he decided to study Political Science to make a difference and continue with what he had started, adding that the scholarship came to him unexpectedly.

“I will do my best to see that I make best use of this opportunity,” he said.

He urged fellow people with disability to study hard for the betterment of their future and the government to consider physically challenged people by providing them with employment opportunities.

ALDIN Demands Immediate Redress of the Disqualification of a Visually Impaired on Ground of Disability.

Succor For 162 Persons With Visual Impairment As Ogun Govt Hold...