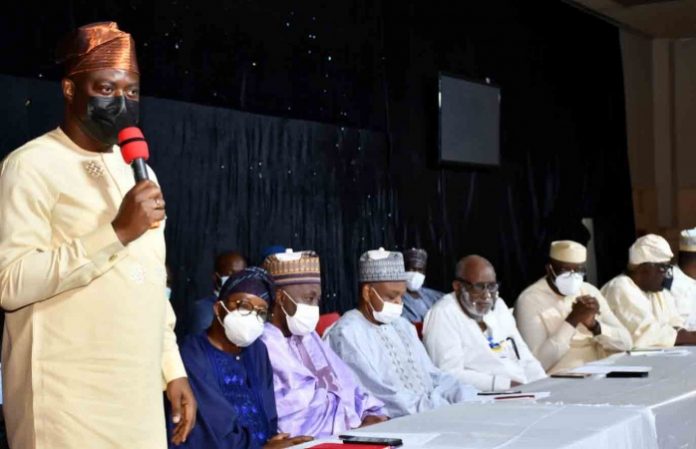 The Nigerian Governors’ Forum and the Miyetti Allah Cattle Breeders Association of Nigeria (MICBAN) have agreed to the prohibition of night grazing and illegal occupation of forest reserves in the Southwest region of Nigeria.

In a communique at the end of a security meeting between the governors, MACBAN and heads of security agencies on Monday in Akure, it was also resolved that grazing by under-aged herders was prohibited.

MACBAN has traditionally been opposed to the prohibitions.

The governors in attendance at the meeting included Gov. Oluwarotimi Akeredolu of Ondo State, Abubakar Bagudu of Kebbi, Mohammed Abubakar of Jigawa and Gboyega Oyetola of Osun.

Gov. Kayode Fayemi of Ekiti, and Chairman, Nigeria Governor’s Forum, who read the communique, said that free range grazing must be stopped to avoid conflicts between farmers and herders.

Fayemi urged MACBAN to embrace and be committed to modern breeding process by creating grazing reserves and practice ranching to prevent cattle roaming about.

The governor, who said MACBAN also suffers insecurity and kidnapping, expressed confidence in peaceful moves by the states to engender security and economic opportunities in the country.

According to him, the order of Gov. Oluwarotimi Akeredolu of Ondo State was misconstrued and misrepresented by a section of the media, “as he only ordered those occupying the forest reserves in Ondo State illegally to quit.

“No one has sent anyone away from any state or region but all hands must be on deck to fight criminality,” he said.

The News Agency of Nigeria (NAN) reports that Akeredolu had issued a seven-day ultimatum last Monday for the eviction of herdsmen occupying the forest reserves illegally.

However, some sections of the social media had misinterpreted the order, and reported that the governor had issued an ultimatum for Fulani herdsmen to vacate Ondo State.

Earlier, Alhaji Muhammadu Kiruwa, National President, MACBAN, had urged his members to desist from grazing cows into farmlands, grazing at night and grazing by minors.

Kiruwa, who assured of the cooperation of MACBAN at all time, directed executive members of the association in every state to work with all security outfits to tackle crime.

In his remarks, AIG Olufemi Agunbiade of the Nigeria Police, Zone 11, Osogbo, urged people not to give crime any ethnic or religious colouration.

“Crime does not have religious or ethnic affiliations. A kidnapper is a kidnapper,” he said.

Deaf Nigerian Profile 007: I Was Considered A Dullard In School,...