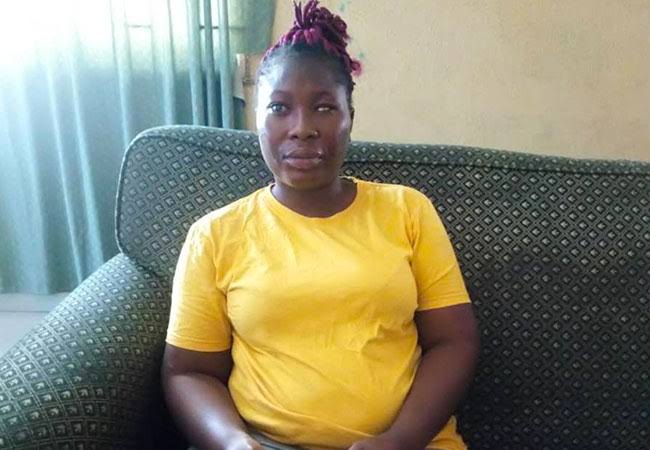 Becoming suddenly blind can be traumatising for anyone who was born with ‘normal’ sight, hitherto sighted persons tell ANGELA ONWUZOO

Temitope Lawal had a promising childhood that was devoid of the threat of visual impairment.

The 31-year-old lady, after graduation from the university, joined her mother in her bread distribution business. She planned to establish her own bakery.

The graduate of Computer Science and Statistics, University of Nigeria, Nsukka, soon became a mega bread distributor in Lagos. In 2018, everything changed. The Osun State indigene became suddenly blind, a situation that threw her and her family into pain and agony.

Temitope, who is still trying to adjust to her sudden vision loss, said, “Each time I look back and remember how I became blind in 2018, I feel depressed. Imagine the pain of someone that was seeing before, hardworking and independent, suddenly becoming blind and dependent on others for survival.

“It all started in 2018, I was driving one afternoon when I had a slight accident and hit my head on the steering.

“Months later, I started noticing a blurred vision. So, I went to Isolo General Hospital, Lagos. I was diagnosed with retinal detachment, which required a surgery.

“I was advised to go to either the Eye Foundation at Ikeja or the University College Hospital, Ibadan, for the surgery, as doctors at Isolo General Hospital said they will not be able to perform the surgery because of lack of facilities.

“But I didn’t go to any of the hospitals immediately because I had no money for my treatment.

“I tried other general hospitals in Lagos to see if I could have the surgery in any of them, but they all said they lacked the capacity to undertake it.

“While shopping for an affordable hospital that could perform the surgery, I started having pressure on my eyes. Later, I started feeling pains on the left eye, which was the one I was seeing with because I could no longer see with the right one.”

She finally made it to Eye Foundation, where she was told that she had bacteria on her left eye. That was what was causing the pain, she was told.

“So, I was given an eye drop and other medications. When I got home and started using the eye drop, tears flowed uncontrollably from my eye as if I was crying.

“It continued like that for weeks. I didn’t even notice that my left eye was shrinking until a relation drew my attention to it.” She said she didn’t go back to the hospital to complain.

“When it continued, my family asked me to try another hospital. So, I went to Akef Maghraby Eye Clinic, Eruwa, Oyo State, where the eye specialist requested to see my medications.

“He told me that the eye drop I had been using was a wrong one and that it had made my eye to shrink.

“The doctor said my left eye had been destroyed. Worse was the information that the hospital would also not be able to perform surgery on the right eye on which I had suffered retinal detachment because the surgeon that was supposed to do the surgery had died,” Temitope narrates.

“I became devastated when I was told that my left eye was also gone. It was the one I was using to see because the right one had gone blank,” she recalls.

Temitope later visited the UCH to see if there was solution. That was in 2019. “But after visiting UCH for months, there was no positive result. A specialist at the hospital told me that they would not be able to perform the surgery.

The doctor advised her to go to India for the surgery, which would cost about N3m. The family had no money to pay such a huge amount out of pocket

“Right now, I can’t see with the right eye and the left one is gone. I have not gone to any other hospital since then because I am afraid.

“Anytime I am able to raise the N3m, I will go for the surgery abroad to see if I could still see again. Life has been quite challenging since then,” she says.

Temitope minced no words in describing her depression, trauma and anguish.

“Initially, when I became blind, I begged God to kill me. I wanted to commit suicide. In fact, I attempted suicide in 2019 through drug overdose, but my elder sister rescued me.

She warns that without such support, sudden vision loss can lead to suicide. She urges government to assist people undergoing the experience so that they can have access to help on time.

She expresses the desire to still have her own bakery where she could make cake in commercial quantity.

And though her sudden vision loss led to the end of her love relationship, she expresses the desire to marry when the right person comes along.

Experts say head injuries can lead to vision problems. They say each of your eyes contain a clear, jelly-like substance called the vitreous humor. Light entering your pupil (the black spot in the center of your eye) passes through the vitreous before striking the retina.

“Head injuries can cause blood vessels in your eye to bleed into the vitreous. Though these injuries can be quite problematic at first, most vitreous hemorrhages clear up over time with minimal problems, although some people require medication to speed their recovery and avoid further vision problems,” an ophthalmologist at the Moran Eye Centre, University of Utah, Majid Moshirfar, told online platform, Everyday Health.

Eye specialists say head injuries also have the potential to cause increased pressure within the skull. “This in turn puts pressure on your optic nerves, which carry messages from the eyes to the brain.

“This pressure can ‘choke’ the optic nerves, cutting off blood circulation. The damage to the nerves can be severe. The resulting problems can cause vision loss severe enough to lead to complete blindness,” Moshirfar says.

If you’ve suffered any kind of injury to the head that has resulted in changes in vision, getting prompt treatment is critical. “Patients who have even subtle changes in their vision — such as fluctuation in their vision, double vision, or difficulty focusing at near and distant objects — need to be examined by an eye-care specialist or neurologist,” Moshirfar advises.

Also, according to experts at peer-reviewed journal ScienceDaily, when the optic nerve is injured, there are tears and swelling in the affected area that causes the nerve cells to die.

“This type of injury is called traumatic optic neuropathy, or TON, and results in irreversible vision loss,” the digital journal says.

Traumatic head injuries can also result in the following, according to experts:

Retinal detachment. Your retina is a thin layer of tissue lining the inside of the back of your eye. Its role is to help turn the images entering your eye into signals that go to the brain through the optic nerve. “I’ve seen patients who have a head injury and they bleed into the retina and have retinal detachment in both eyes,” Dr. Moshirfar says. “That’s a very serious problem requiring surgical intervention.” In a retinal detachment, the retina comes loose — an issue that can potentially cause permanent blindness. Doctors may be able to reattach the retina, but it’s imperative that you seek treatment quickly.

Vitreous hemorrhage. Each of your eyes contain a clear, jellylike substance called the vitreous humor. Light entering your pupil (the black spot in the center of your eye) passes through the vitreous before striking the retina. Head injuries can cause blood vessels in your eye to bleed into the vitreous. Though these injuries can be quite problematic at first, Moshirfar says, most vitreous hemorrhages clear up over time with minimal problems, although some people require medication to speed their recovery and avoid further vision problems.

Optic nerve damage. Head injuries also have the potential to cause increased pressure within the skull. This in turn puts pressure on your optic nerves, which carry messages from the eyes to the brain. This pressure can “choke” the optic nerves, cutting off blood circulation. The damage to the nerves can be severe, Moshirfar says. The resulting problems can cause vision loss severe enough to lead to complete blindness.