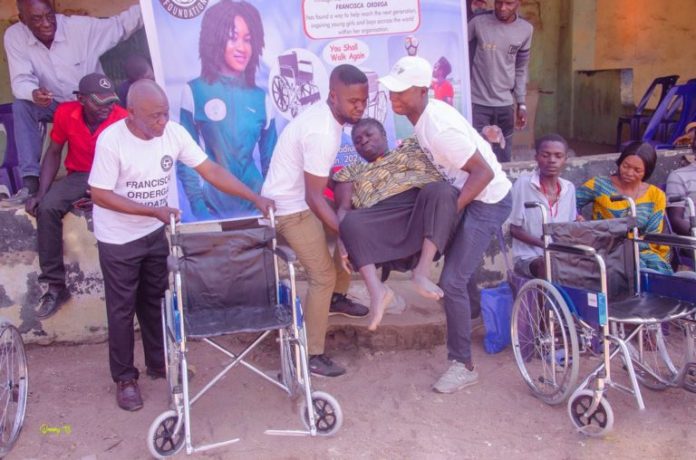 According to those close to the 27-year-old footballer, she has been in the business of touching lives and putting smiles on faces since 2009.

This latest philanthropic gesture took place at the J.S Tarka Stadium Basketball court, Gboko. Many who probably could not afford a wheelchair got one free of charge from the Nigerian star.

Ordega, while posting pictures of the event on her social media pages, remarked on how her mother had always encouraged her to give back to her society without expecting anything in return.

“My mum always tells me there is nothing more beautiful than someone who goes out of her way to make life beautiful for others.

Then, there’s also this quote from the classic author, John Bunyan, he wrote centuries ago: “You have not lived today until you have done something for someone who can never repay you. God bless every soul out there who is working tirelessly to put a smile on others’ faces.”

The forward broke into the Super Falcons team over a decade ago and has won four AWCON championships since then.

NSGF set to inaugurate James Lalu as head of committee on...