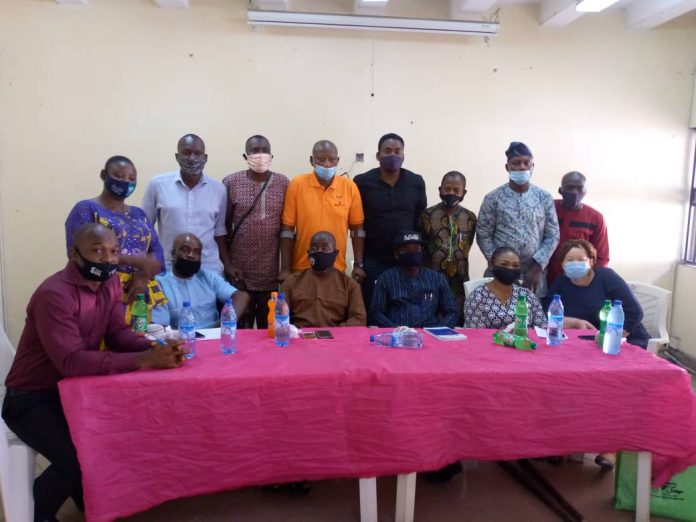 In his welcome address, Dr. Adebayo welcomed the gathering and express his happiness at Hon. Busuyi gestures and his worthwhile plans to acquaint with and carry his South West people along in executing his duty to the zone.

He said Lagos State was fortunate to have people like Hon. Busuyi and Barr. Abdulsalami in important position of leadership.

“The essence of this gathering is how we can fruitfully make use of this opportunity for the good of People with Disabilities in the zone and what kind of development these gentlemen will bring to our southwest states in term of employment, empowerment and the like” he posited.

Appreciating the gathering and extending profound appreciation to Hon Speaker National House Assembly, Hon Femi Gbajabiamila, Hon. Busuyi said as one of the Board member of the National Commission for People with Disabilities representing South West, it was a necessity for him to come home and acquaint with PWDs within his zone as a mark of respect to them; meeting the PWDs leadership like Jonapwd in order to carry them along in his plans.

He added that President Buhari had mandated them and handed them a big task to carry out.

“The President has directed the domestication of Disability act to make the establishment of National Commission for People with Disabilities perform it responsibilities which necessitated my need to meet the concerned people in my zone which is the first step in the right direction.”

“President Buhari, in his speech with us during our inauguration said that he expects us to invite him to come and Commission projects and this mean that the South west I am representing should prepare to have finished one big project that President Buhari would in the future time come to commission and now we need the support of all Jonapwd Chairmen, Secretaries and their Executives in the six southwest States that I am representing, he clarified.

He added that he was therefore seeking the support and cooperation of Jonapwd in his zone for the dream to come true. Adding that the employment of our jobless people was of paramount importance because many PWD graduates are in need of jobs. He implored the gathering to cooperate, work together and make use of the opportunities and reach out to PWds that are in need of employment, empowerment and the like.

He further added that he also plan to focus on seeing the actualization of Vocational training Centres for PWDs in the Zone where many will be trained to be useful in one way or the other.

Hon. Busuyi also emphasized on the need for stakeholders meeting to make sure everyone is carried along.

Responding, the Jonapwd Lagos chair, Dr.Adebayo commended Hon. Busuyi and said that he needed the commission to look into some major areas of need for PWDs. He pleaded and sought the intervention of Hon Busuyi to look into the areas of Social protection progammes at the federal level, Education, employment/empowerment, and the establishment of early intervention centre for children with special needs.

“There are many social protection progammes emanating from the federal government and many of which do not ultimately reach the PWDs despite all the forms filled and submitted, nothing have been heard of it. The case of Conditional Cash Transfer (CCT), Covid-19 palliative packages, Central Bank of Nigeria (CBN) intervention fund etc are good examples” Dr Adebayo explained.

He sought the support of the commission in the area of education for PWDs especially children while emphasizing that Education is very important and vital to our collective well-being.

Dr. Adebayo enjoined Hon. Busuyi to be our eyes and ears in the Commission as long as employment and empowerment is concerned pointing out that the Disability Law already reserved five percent (5%) of any employment for PWDs.

He finally called the attention of the Commission’s board member representing South West, Hon. Busuyi, to prioritize the need to structure an early intervention centre in the State which is one of the primary need of the zone.

On his part, the Special Assistant to the Speaker National House Assembly Hon Femi Gbajabiamila, Hon Abdulsalami said that he is in total support of inclusive schools for PWDs rather than Special schools which will encourage segregation. He said that integrating our PWDs alongside mainstream schools is important.

Responding to question surrounding the issue of Conditional Cash Transfer and that collated data sent to him, he said there was a limit to what he can do as the process was not under his control.

Breaking: Governor Matawalle Donates 5 Vehicles To Persons With Disabilities in...