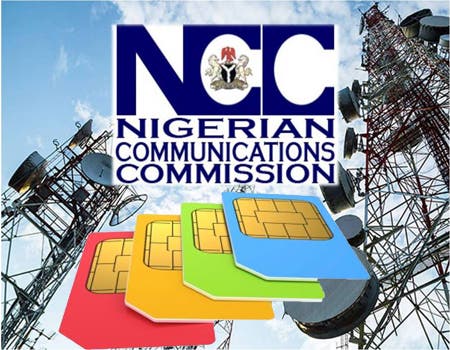 A new condition for SIM card replacement is that subscribers must present their National Identification Numbers (NIN).

This is part of new conditions the Federal Government has announced for subscribers to replace lost, stolen, misplaced or damaged SIM cards.

In a statement signed on Friday by the Director, Public Affairs, NCC, Ikechukwu Adinde; and Head, Corporate Communication, NIMC, Kayode Adegoke, telecommunication companies are expected to comply with other SIM replacement guidelines already in place.

The National Identity Management Commission (NIMC) will verify the NIN that subscribers supply before the telecommunication company can replace the affected SIM card.

The statement said the decision was the outcome of the report by a technical committee “charged with the operationalisation of the process to ensure an expedited linkage of all SIM Registration Records with NIN,” and the decision taken by the Minister of Communications and Digital Economy, Isa Pantami after considering the report.

“Based on recommendations of the Technical Committee, the Honourable Minister of Communications and Digital Economy has approved a SIM Replacement Policy for subscribers whose SIMs have been lost, stolen, misplaced or damaged subject to the following conditions:

“That the subscriber presents a NIN;

“That an effective verification of the NIN is carried out by NIMC; and

“That the relevant Guidelines and Regulations of NCC concerning SIM Replacement are fully adhered to.

“This policy is part of the Federal Government’s efforts to reduce the burden on subscribers and simplify the exercise. It is aimed at enabling telecommunications service users who need to replace their damaged, stolen or misplaced SIMs to re-establish access to telecom services.”