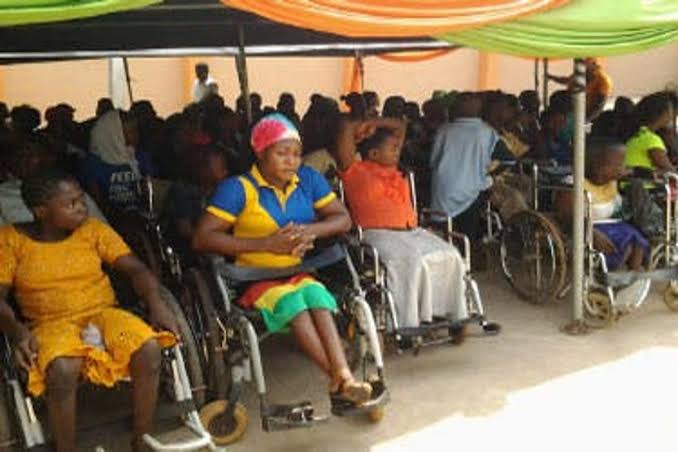 A GROUP, the Centre for Disabilities Issues (CDI), at the weekend distributed Christmas gifts to the poor and people with disabilities.

The beneficiaries, who assembled at the Evans Square, Ebute-Metta, Lagos, received gifts, including food items and money.

He said God was merciful to them despite their challenges.

“We all know what has happened all over the world in 2020, but God in his infinite mercy has been kind to us by sparing our lives.

“Against all odds, we took it as a matter of importance to shower this kind of gesture on our members. It is a great feat that needs to be appreciated and celebrated, hence our presence and gathering here today to give thanks to God,” Oshilaja said.

He thanked those who contributed to the success of the event, namely the board of trustees, their patrons, especially Prince Tajudeen Olusi, Oba of Ijoraland, Oba Fatai Aromire, Alhaji Ayokunle Daniel Folorunso, Mrs. Kehinde Fagbenro and others.

Oshilaja appealed to the Federal Government to tackle increase in the prices of food items.

The representatives of the Redeemed Christian Church of God (RCCG), Headquarters, Ebute-Metta, Lagos, under the leadership of Pastor Funsho Odeshola, encouraged the people to live in accordance with the teachings of Jesus Christ.

The beneficiaries, including men and women with disabilities, thanked CDI, saying their lives had been touched positively through the annual programme.

Gov. Fayemi approves the appointment of a person with disability as...