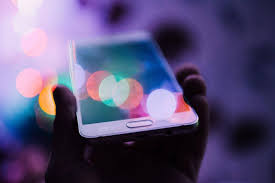 I do not want you to leave the online social communities. But I would announce: Excessive use of Social Media can- is actually killing!
How?

While the social media has helped people with disabilities in particular to connect better, to communicate better and to better voice our pent-up grievances against personal and institutional discriminations, online social communities have caused great emotional problems for individuals with disabilities.

Because it is a big part of our lives, social media could be detrimental to our mental health, our body image and self-esteem, and even our sleep, according to experts in the field of human psychology.

In fact, our capacity for effective and artful communication, including our social interactions are also in deep jeopardy. That is a problem.

The use of social media has brought us countless opportunities. There is no doubt about that. With social media and other online community groups, we have communicated better, exchanged ideas and information that have helped us to solve problems. We have eliminated personal poverty and insecurity. And we have probably been safer and ‘happier’- with the use of Facebook, WhatsApp, Twitter, Viber and so many other platforms at our fingertips.
That’s a good thing.

But in fact, the world, in our very eyes, has become smaller and smaller, and we have been seeing the tiniest of differences between the things that bind us together versus the huge differences that drive us apart.

Again, I do not want you to leave the online social communities.

However, be informed you that social networks have been, according to the reports of a raft of research, some of the greatest destructive forces against mankind. But the destruction-physical, psychological, and psychosocial, that has been caused by our excessive use of these innovations would only increase at a greater rate in the years to come if we fail to understand the dynamics of these online platforms.

A social network is an online platform that individuals use to build social relations with other people who usually share similar or career interests and activities. People all over the world can connect together on a platform (Facebook or Whatsapp) and share interest and activities across political, economic, and geographic borders- as long there is an internet connection!

There are scores of social networks all around the world with over 3 billion active users. But the most popular online communities vary a lot by the degree of usage in different countries and race. As of May 2017, top 10 social networks with the largest active users include Facebook, Whatsapp, Facebook Messenger, QQ, WeChat, QZone, Instagram, Tumblr, Twitter and Baidu Tieba.

The “Evils” of Social Networks

Together with the conclusions of a wide range of studies, my yearlong experience in the online communities has enabled me to have a deep insight into the perils of excessive use of social networking sites.

Below are top 7 (SEVEN) physical, physiological and psychosocial impacts of social networks for people with disabilities in particular.

1. The intrusion of Privacy: If you are somebody who is generally introvertish and secretive—as might be the case with an individual with a disability (according to a certain study), and lacks trust for others, social networks must be used very, very sparingly. Lives have been lost, and people continue to take their own lives after they found out that their personal information and files have been leaked on social media.

2. Mental Illness: The issue of mental illness among many people, including presumably healthy-looking people is on the rise. Serious mental issues that are associated with social networks include depression. Depression, according to studies, is a predominant mental health issue among people with disabilities.

3. Brain Deterioration: Because social networks usually require a great deal of multitasking- you have to move and swipe from wall to wall, and app to app to connect with a whole bunch of chatters real-time, social networks have been found to degrade our cognitive capacity- over time.

4. Impact on Future Employability: Potential employers and partners are now trolling the social media communities such as Facebook to gather information about individuals’ lifestyles, likes, dislikes, what have you. We all know what we share on the internet versus what we tell the world we are.

5. Time Mismanagement: Online social communities are chronic time killers. 8 hours spent keying away chatting with people we don’t know, who do not know us or care about us is like 8 minutes spent launching and signing into an app. We never use enough time when actually we do!

6. Disruption to Effective Communication: Today, thanks to social networks, many people, including—particularly deaf people with significant language deprivation– are now having trouble holding a conversation and communicating artfully and intelligibly. The online social communities have now bastardized the English language and destroy the ability of many youths to speak and write intelligently. Too many emoticons and internet abbreviations are rather not helpful.

7. Cyber-bullying and Cyber-stalking: You can accumulate more enemies and dangerous competitors easily and speedily with careless and obsessive use of social networks. Apart from stalkers and insidious monitors, you are vulnerable to insults and damaging allegations.

Apart from being a constant target of unfair attacks and criticisms that potentially damage your person and reputation, excessive and careless use of social networks greatly impacts on your physical and emotional wellbeing.
We, as people with disabilities, will need effective strategies for beating the dangerous concerns of the use of social networks.