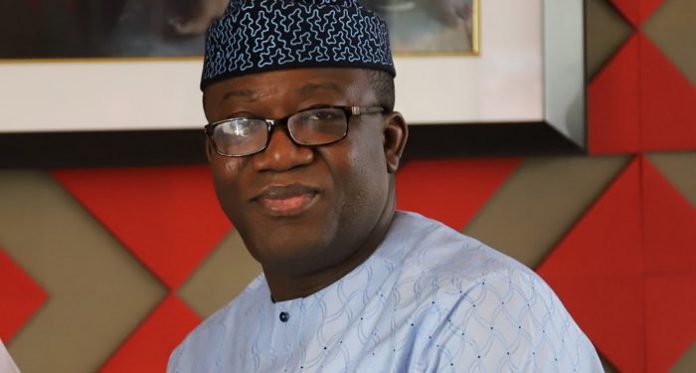 Ekiti State Governor, Kayode Fayemi, has approved the disbursement of a sum of N96,140,000.00 as scholarship award to 469 students of the state origin in tertiary institutions across the country.

The State Commissioner for Education, Science and Technology Dr. Olabimpe Aderiye who made this known in Ado-Ekiti, said that the State Government had commenced electronic payment to bank accounts of beneficiaries of the awards.

Mrs Aderiye highlighted beneficiaries of the scholarship awards to include 31 persons with Disabilities, 288 undergraduates as well as 150 postgraduates students consisting of 71 Masters and 79 Ph.D. students.

The Commissioner said that undergraduates and students with Disabilities were given N60,000 each while Masters students got N250,000 and their Ph.D counterpart, N750,000.

She added that the State Government signed an agreement with each awardee to provide them immediate employment for two years after graduation.

Reiterating the commitment of the Fayemi-led administration to the welfare of all students from the state, Aderiye, however, urged the beneficiaries to reciprocate government gesture by concentrating on their studies and shunning vices that may be inimical to their success.