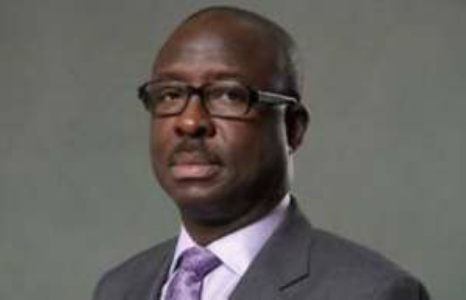 The Minister of Industry, Trade and Investment, Mr Adeniyi Adebayo, says the Federal Government has embarked on the development of a draft national policy on Micro, Small and Medium Enterprises (MSMEs).

Adebayo, in a statement by his Special Adviser (Media) Ifedayo Sayo, on Thursday in Abuja, said the policy was among steps taken by the federal government to ensure growth of MSMEs in the country.

The minister delivered the keynote address at the 5th Lagos Small Business Summit 2020 which held virtually.

The minister said the actions were taken through the Small and Medium Enterprises Development Agency of Nigeria (SMEDAN).

He said that the government would also outline key strategies and programmes for development of MSMEs.

According to him, the government was conducting 26 MSMEs clinic events at various locations across the country to boost the skills and capabilities of the segment in which about 400,000 MSMEs have benefitted

”The government had launched an innovative portal to provide access to various resources required by SMEs operators.

‘”Government had also established a matching fund programme targetted at labour-intensive, SMEs operating in the real sector with innovative value-added products,” he said.

Adebayo said that at the height of the COVID-19 pandemic, the government initiated a proactive approach by creating an Emergency Operations Centre (EDC), which facilitated availability and movement of food items, pharmaceutical and other essential products across the six Geo-Political Zones.

He said that the centre assisted over 100 companies to boost the production of Personal Protective Equipment, hand sanitisers, face mask and ventilators during the lockdown.

“Our palliative measures are part of a broader N2.3 trillion Economic Sustainability Plan (ESP) to limit expected decline in economic growth from the coronavirus outbreak.

”It will also minimise the accompanying prospects of business failures, job losses and increased poverty,” the minister said.

He pointed out that the recent approval of the African Continental Free Trade Area (AfCFTA) Agreement would create a single continental market for goods and services, free movement of business persons and investment, expand intra-African trade and enhance competitiveness for industries and MSMEs.

“There is no doubt that a properly nurtured and well structured MSMEs sub-sector will contribute significantly to the attainment of President Muhammadu Buhari’s aspiration of lifting 100 million people out of poverty over the next ten years,” he added.

The minister, however, stressed the federal government’s commitment to support the expansion of the country’s leasing industry, saying it had maintained a growth of 13.5 per cent as at 2019.

He also said the equipment leasing industry had remained a major contributor to national economic development with outstanding lease volume of N1.9 trillion as at 2019 against N1.68 trillion in 2018.

#EndSARS: Petitioner dies one week before panel hears his case

US: Nigeria not included in $15,000 visa bond pilot programme