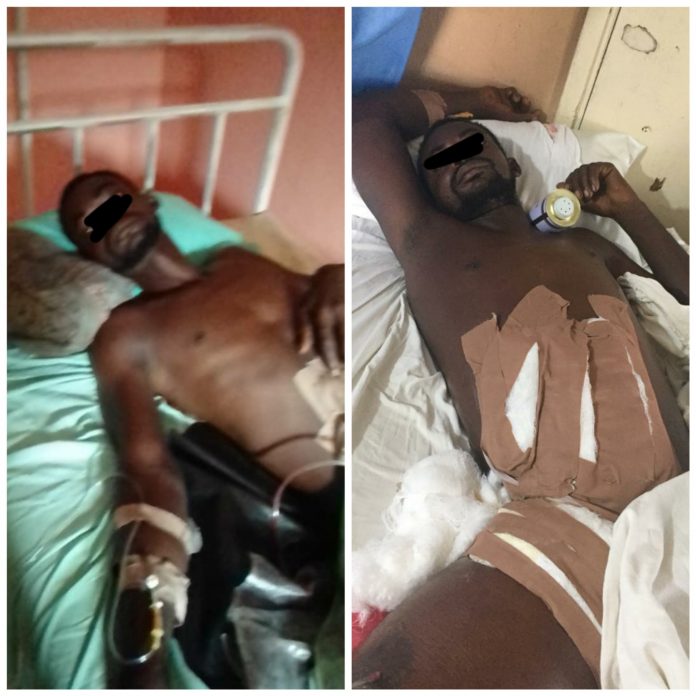 Deaf Community in Edo State have petitioned Edo State Judicial Panel of Inquiry over the shootings of two Deaf members, Mr. Bright Osarobo and Mr. Osazee Festus during the #EndSARS protest on the 20th, October, 2020 in Benin City by men of the Nigerian Police Force and the Military at Oguola Junction, Siluko Road and Upper Sakponba Road respectively and demanded justice for the two victims.

These were contained in a letter issued to the chairperson, panel of enquiries by a group led by Edo State Association of the Deaf (EDSAD), Eromosele Kingsley and jointly signed by Osagbakhue .O. Charity, Sign Language Interpreter and Secretary General, Enadeghe O. Dennis.

The group condemned in its entirety the shooting of citizens who were peacefully protesting police brutality.

“It is particularly disturbing that two unarmed innocent deaf men were victims of the excessive use of brute force to quell peaceful protest by citizens,” the letter read.

“Two unarmed and innocent Deaf men, Mr. Bright Osarobo and Mr. Osazee Festus were shot on the 20th of October, 2020 in Benin City by men of the Nigerian Police Force and the Military at Oguola Junction, Siluko Road and Upper Sakponba Road respectively.

Mr. Bright Osarobo whose right leg has been amputated owing to the gravity of injury also suffered renal failure as a result of complications from the abdominal operation.

On the other hand, Mr. Obazee Festus run the risk of being bedridden as a result of spinal cord injury.

Both Mr. Bright Osarobo and Mr. Osazee Festus are Deaf young men who work as artisan to eke a living. Due to their Deafness, both victims were not aware of the declaration of curfew by the Edo State Government. Such announcement, in the absence of Sign Language Interpreters, would not get to 95% of the deaf populace.

The group, in the letter, therefore demanded as follows:

“That this panel would find that Mr. Bright Osarobo was standing a few meters away from his house, why Mr. Osazee Festus was at his work place waiting to be hired as an artisan who were shot by security operatives.

“That this panel would declare that the shooting of Mr. Bright Osarobo and Mr. Osazee Festus (both deaf persons) was unprovoked, unwarranted, unconstitutional and a violation of their fundamental rights.

“That this panel would direct that the state government should bear the full cost of treatment and other medical expenses of Mr. Bright Osarobo and Mr. Osazee Festus.

“That the panel would direct that the state government should rehabilitate and provide for the upkeep of Mr. Bright Osarobo and Mr. Osazee Festus, and their dependencies.

“That the government should give them direct employment into the State Civil Service Commission to enable them feed themselves and their children and to make them have a sense of belonging to the society.

“That the panel make a strong recommendation to the government on the need for speedily passage of disability Bill and the establishment of a Disability Commission which will be saddled/responsible for occurance such as this one, that have direct effect on people living with disabilities (PWD).

“That the panel should make a strong recommendation to the government for the employment of Sign Language Interpreters in all the State and Private Television Stations in Edo State to enable the Deaf Cluster have access to all information being announced by government and private organizations.

“That the panel should make recommendation to Edo State Government to continue to supports and sponsor programs geared towards creating awareness about Deaf & Deafness e.g Awareness Week Organized by Edo State Association of the Deaf.

“That the panel would ensure that, in line with its mandate, the cause of justice is served in respect of Mr. Bright Osarobo and Mr. Osazee Festus and, make any other recommendation to the state government that would guarantee adequate compensation, rehabilitation and sustenance of the deaf victims and their dependencies.”

Foundation distributes gifts for deaf and hard of hearing children