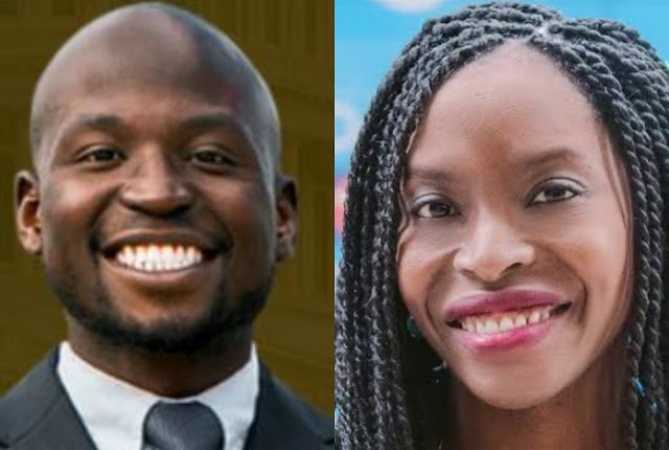 They cruised into victory on Tuesday night, with Owolewa becoming the first Nigerian-American to be elected to the U.S. Congress.

The 30-year-old is heading to the U.S. Senate to represent the District of Columbia (DC) as a shadow congressman under the Democratic Party.

Owolewa garnered a whopping 164,026 votes, representing 82.84 per cent of the total votes cast.

Voters in DC elect two shadow senators, who are not officially sworn or seated by the U.S. Senate.

These non-voting delegates can vote in committees, speak on the floor of the chamber, and sponsor legislation, but cannot vote at plenary.

“Looks like WE DID IT!!! I want to thank everyone, from family and close friends to DC residents,” Omolewa said on Instagram.

“Because of your contributions and sacrifices, I stand before you as America’s first Nigerian-American congressman.

“In this role, I’m going to fight for DC statehood and bring our values to the lawmaking process.

“While today is a day for some celebration, the hard work also follows. Again, thanks so much for everything. I wouldn’t be here without you all,” he said.

Ms Esther Agbaje, on her part, was elected to the Minnesota House of Representatives.

Agbaje, 30, has also made history as the first Nigerian-American congresswoman in the state.

She will be representing District 59B in the 134-member House on the platform of the Democratic-Farmer–Labor Party (DFL), an affiliate of the U.S. Democratic Party.

Her closest rival, Alan Shilepsky of the Republican Party, secured 4,128 votes, representing 17.7 percent of the total.

Elections to the lower chamber of the state legislature hold every two years, and there are no term limits for the lawmakers.

The daughter of Nigerian immigrants, Agbaje was born in St. Paul, the state capital of Minnesota.

Her father, Rev. John, an Episcopal Church priest, met her mother, Bunmi, a librarian, at the University of Minnesota where they were studying.

She graduated from George Washington University, Washington, D.C., with a degree in political science.

Esther holds a Masters in Public Administration from the University of Pennsylvania, and also a law degree from Harvard University.

She currently works as an attorney in Minneapolis with a focus on general civil litigation and medical malpractice.

She once served at the U.S. Department of State as a Foreign Affairs Officer, charged with managing the rule of law projects in the Middle East.

Nigerian Senators To Donate 50 Percent Of Monthly Salaries To Tackle...