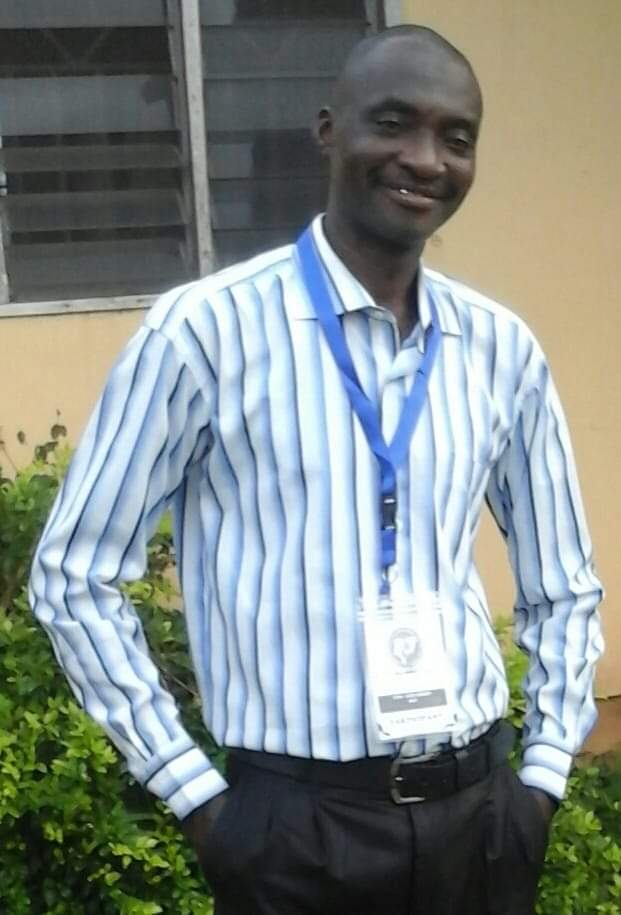 He also attended the prestigious University of Jos for first and Masters degrees in Special Education with bias in education of hearing impairment/Mathematics.

Meet Olododo as he shares his story to encourage others

JOURNEY INTO DEAFNESS
I was in primary 4 when one fateful night in my sleep, I had a mysterious experience. I can remember I was hearing a faint voice of a woman chanting what looked like incantation. She said in Yoruba language; emi (…..), mo pase ki o gbe lo sibe, gbe lo sibe, ma a lo, ma a lo. (I (her name), command you to carry it there, carry it there, be on your way, get going…).

As I gradually woke from the sleep, I felt a strange object moving down my left ear drum. I touched the ear and the object felt like two pieces of match sticks tied together. I attempted stopping its movement but it was too late, though my fingers touched it. From my mother’s room where I was sleeping, I ran to call my father because my mom was not around. When my Dad examined the ear drum under a torch light, he saw nothing. It was, therefore, concluded that it was my imagination.

Nevertheless, by the time it was day break, I began experiencing dizziness and headache. I was taken to the hospital for treatment. I spent a long time recuperating as well as finding solution to the hearing loss. It took us almost a year before the hospital visits came to an end.

I lost two academic years in search of solution to the hearing loss. By the time I was returned to school, my class mates were already in primary six. I eventually completed my primary education with abysmal result.

Thereafter, my father decided to halt my formal education and suggested I join him in nomadic farming and Quranic school. This singular decision created a chaos between my parents. My mother separated from my father and took me along with her. They later made peace and we returned to my Dad’s house following which I resumed my formal education. I was using lipreading for communication and grew the habit of voracious reading and independent study.

CONTACT WITH SIGN LANGUAGE
My sojourn into the deaf community and Language of the deaf began after my Youth Service in River state. The engineering company I served advertised vacancies. I and two other colleagues applied. But, alas only me was dropped on the basis of my deafness. Broken! I returned home to take up teaching appointment with my state, Kwara, Ministry of Education. I was posted to School for the Handicapped, Ilorin, as Mathematics teacher. There, I met my first sign language teacher in person of Mr Isaiah Sunday Elemukan (now a Professor of special education, University of Jos) who was a subject teacher then and shared office with me. Mr Shittu (now Deaf lecturer in FCE special, Oyo) also assisted in facilitating my acquisition of sign language, he provided me Sign language booklets. I also owe my quick assimilation into the community of the deaf to my first set of SS3 students including my present North Central Coordinator, and NNAD NP in person of Alh Dagbo S.S.

Though, my deafness eluded me the opportunity to practice my engineering profession fully, I have no regrets being in a teaching profession. This has been motivating me to aspire to be a Professor. And by the special grace of God, the sky is my limit.

ACHIEVEMENT
I was a two-term chairman of Kwara State branch of Nigerian National Association of the Deaf (NNAD). I served in the state committee on special needs education. I was a member of kwara state committee on sports for the handicapped. I am, currently, the incumbent state chairman, Association of Special education Teachers; Deputy Director, Ministry of Education and Vice Principal (Academics ) School for Special Needs , Ilorin kwara state among others .

ADVICE
Our deaf youths should know that deafness is not an insurmountable barrier to achieving greatness in life. They should aspire to acquire whatever goals they desire, not to retire until they acquired it. Deafness and social stigma associated with it should not be allowed to weight them down, rather should be seen as a challenge they need to overcome and use as a stepping stone to greater attainment.

Another Christmas Gift To The Disability Community

NDLEA’s Recruitment Of PWDs: An Example That MDAs Should Emulate