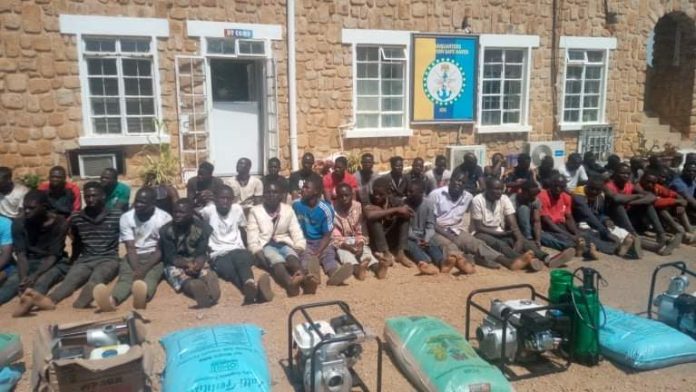 Chief Ayuba Barki has called on citizens of Nigeria to display patriotism and national loyalty by uniting against criminal elements and shun acts capable of threatening national security as he advised citizens to have a genuine dialogue with the government for a possible solution to the current crisis.

He said this in a statement released on Sunday. He stated that there are already growing concerns on the escalation of violence, vandalization and looting of both public assets and individuals’ property, businesses and other forms of investments.

He expressed worry over the dimension these criminal acts have assumed, adding that it is retrogressive and capable of throwing the Nation into anarchy which will not be to our collective interest.

“While the citizens have every right to be angry and dissatisfied with leadership failure, there are legitimate manners in which such grievances can be approached and addressed without resorting to acts of lawlessness and criminality.”

Gufwan who was decorated with Chieftancy titles of Makaman Langai and Talban Panyam in Plateau State further stated that “Individuals must be guided by principles of humanity, morality and patriotism. On the other hand, those in leadership positions must be seen displaying transparency, accountability and integrity in discharging their responsibilities in line with extant laws of the land.

“May I urge all citizens to shun all tendencies capable of threatening national security, peace and unity?
Criminal elements must be exposed and made to face full wrath of the law irrespective of religious, ethnic and political inclinations. Tendencies capable of jeopardizing our oneness and unity must be discarded. We must concentrate on things that will engender unity, peace, growth and development while discarding those with divisive and retrogressive tendencies.”

He called on security agencies to deal decisively with all hoodlums who are hell bent on threatening national security through their violent and criminal acts.

“We must all join hands to make Nigeria great, secured, safe & more prosperous.”

NAB Charges Students with Disabilities to Live Above Limitations