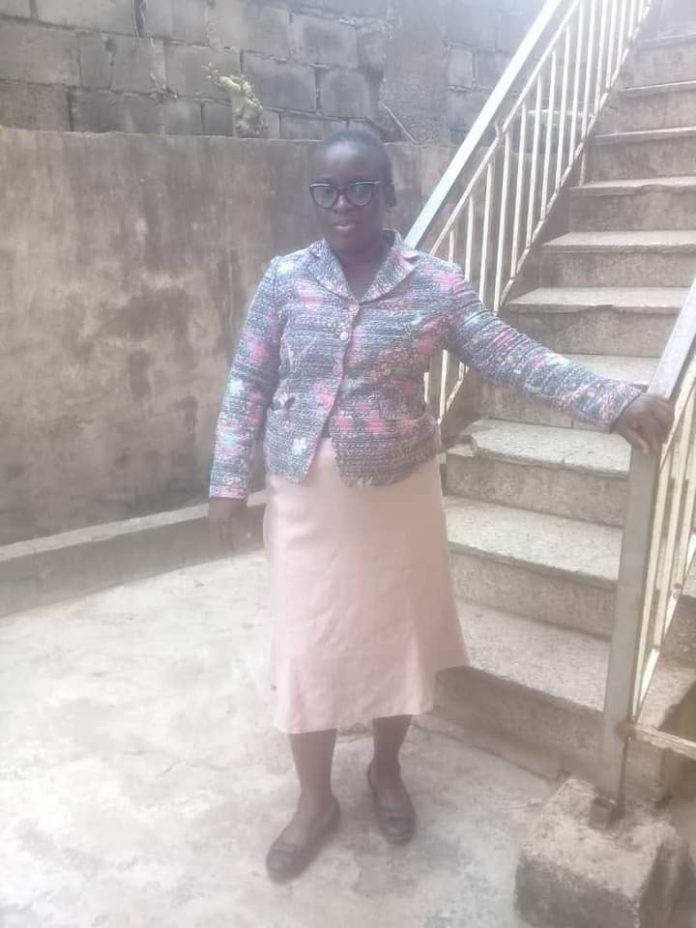 Mrs Ibidunni Awodiya (Nee Longe), who currently works in one of the Government-owned secondary schools in Oyo state was born and bred in Lagos state. She is the incumbent Assistant Secretary General of Oyo State Association of the Deaf.

Meet Awodiya as she shares her story to encourage others

JOURNEY INTO DEAFNESS
I lost my ability to hear when I suffered from Spinal meningitis. After I recovered from the illness, my loving parents began taking me from one audiologist to another, from one Church to another, in order to restore my hearing as if been deaf is a crime!

I was in JSS 2 in one of the prestigious Federal Government Colleges in Lagos when the loss occured. However, I continued with my education at the school and completed my Junior Secondary education from the same school. Later on, a bad inferno occurred at the school. This incident led to my withdrawal from school. I was re-enrolled at another regular school in Lagos. The illness not only left me deaf but also affected my walking gait till date. Living was really not rosy again.

Nevertheless, my parents refused to accept the fact that I had become deaf. When my academic performance began to shrink, my parents thought I was being lazy. I was subjected to maltreatment on account of that. I felt cheated.

When I completed my senior secondary school from the regular school, I could not obtain the needed five (5) credits to process admission into the University. This posed a problem. Family members waded in to convince my parents to enroll me in a special school. Initially, they refused and even picked quarrel with anyone who suggested such. However, they later agreed and I was enrolled at a Special School, State Grammar School, Itolo, Surulere.

CONTACT WITH SIGN LANGUAGE
On my first day at the Special School, I felt lost as I saw other deaf students communicating with their fingers. But, with God’s help, I picked the language rather fast. However, my parents were furious at me when I sign at home. They therefore instructed me never to do the ‘sign language’ at home. I could not make friends with other Deaf children. I had no friends.

During my growing days too, my Dad changed from his previous denomination to Apostolic Faith Church. With my fair knowledge of sign language, I would be watching the interpreters who were signing for the Deaf members of the church from the back pew where I sat with my family. I was later fished out and made to join the Deaf members section. My elder sister took up the challenge to learn sign language. Other siblings also grabbed the language. With time, all my siblings were signing but two of them got efficient enough to become sign language interpreter.

It’s a beautiful thing to be surrounded by sign language interpreters, if we have family outing and someone spoke, any of my siblings would sign to me. My parents were even comfortable with the idea, I really appreciate my big sister.

Moreover, from the Special School, I gained admission into University of Ilorin to study English Education. At Unilorin, I avoided associating with other Deaf students I met there. Later, a Deaf student, now Barr. Opeoluwa Sotonwa, called me and advised me. He told me to consider improving on my signing skill and associate with other Deaf students. He added that I should consider who will be worse hit if I ended up marrying a hearing partner and we are unable to build fluent communication as the case will be with lipreading. He actually referred to the way I would be asking for repetition when lipreading is being used for communication.

That got me thinking. Eventually, I marry a Deaf partner. Though, obtaining my parents’ consent, especially my mother’s was a hard nut. Nevertheless, my mummy and my loving husband are best of friends today.

ADVICE
Everybody should be given equal right, never look down on a child no matter the condition. God has a reason for everything He does. Instead of regretting, go to God in prayers and you will see burdens lifted. God bless us all. Thank you.

Deaf Nigerians Profile 013: I Was Failing In School Before I...

Deaf Nigerian Profile 019: I was forced to eat different concoctions,...